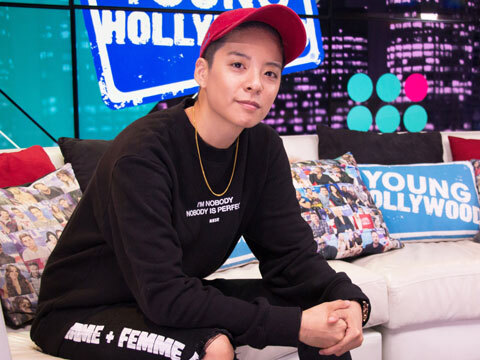 It's always a gamble to go solo after finding success within the musical group, and it's especially true when it comes to K-pop, where bands can often feel like a singular entity. But when you're someone like Amber Liu, the spotlight has always been yours for the taking! The former member of girl group f(x) is striking out on her own and proving she's got what it takes to carry her stardom to the next level, thanks to her absolute bop of a single "Hands Behind My Back"! The singer stops by the Young Hollywood Studio to discuss this new phase of her career and reveals how the music video for the song was inspired by the horror flick 'Us'! She also talks about some of her favorite songs off her album 'X' and reveals the one person whose DMs she'd love to slide into (we bet you'll never guess!), plus she shares her thoughts on why Asian culture is blowing up right now and gives us some wise dating advice!