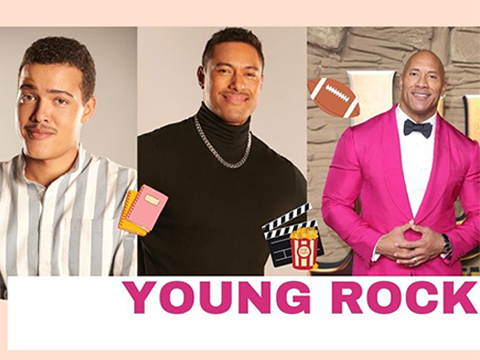 We all know The Rock the wrestling champion, and we all know Dwayne Johnson the movie stars... But what about Dwayne the awkward teenager?! In the grand tradition of "Everybody Hates Chris" and "Fresh Off The Boat", the latest celebrity to get the autobiographical sitcom treatment is Dwayne "The Rock" Johnson, but finding just the right young actor to embody him was no easy task! Enter Bradley Constant, who portrays 15-year-old Dwayne in NBC's new comedy "Young Rock"! Young Hollywood catches up with Bradley via Zoom to get all the scoop on this unique experience and how the audition process went. He also reveals some things he discovered he had in common with the iconic man he is playing on-screen, plus he tells us his favorite The Rock movie and the not-so-guilty pleasure TV show he was obsessed with as a kid!