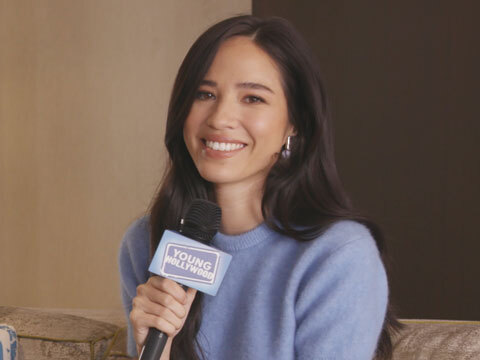 Paramount Network's "Yellowstone" explores all the drama of the modern-day American West, and Kelsey Asbille's Monica Dutton is in the middle of it all! Young Hollywood catches up with the actress at Viacom Press Day to learn more about the show and her character, as well as what it's like to work with Oscar-nominated actor Kevin Costner, who plays the patriarch of the ranching family. She also tells about her experience filming the show on location in Utah and Montana and how the cast & crew manage to keep the tone light on set despite the heavy subject matter. Plus, she comes up with a fun little drinking game you can play while watching the show -- 21 & over only, though, please!