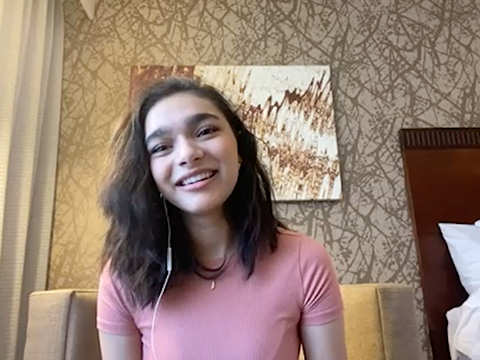 In Netflix's teen comedy "The Expanding Universe of Ashley Garcia", the titular Ashley is a brilliant teen who gets in opportunity to work at NASA. Similarly, the actress who plays Ashley, Paulina Chávez, has seen her own universe expanding since landing this role on a show being seen by millions of people around the world! Young Hollywood chats with Paulina via Zoom while she's holed up in a hotel in Nevada to find out more about the extraordinary opportunity working on this series, including her reaction to finding out she got the role and how the show differs from her own real-life school experience! She also tells us whether or not she thinks she would be friends with Ashley Garcia in real life, plus we play a Game of Lasts with her to find out the last thing she shopped for online, the last person she texted, the last pic she took on her phone, and more!