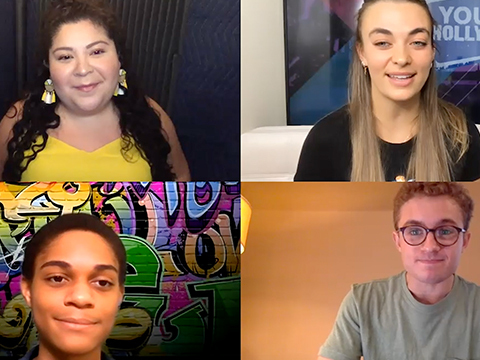 No matter how many times those pesky dinosaurs go rogue and destroy everything in their path, you just can't keep a good park down! The Jurassic Park Universe continues to expand thanks to Netflix and their newest animated series "Jurassic World: Camp Cretaceous", which follows six teens who attend an adventure camp on the opposite end of the notorious Isla Nublar, home to both ill-fated Jurassic Park and Jurassic World theme parks, and, of course, dino-shenanigans ensue! The project brings together some of the best young talent in the game today, including Sean Giambrone ("The Goldbergs"), Raini Rodriguez ("Austin & Ally"), and Paul-Mikél Williams ("Westworld"), who join Young Hollywood via Zoom to tell us more about this exciting project! The reveal the perils of having to pronounce all those crazy dinosaur names, including which ones are their faves, plus they tells us how the series ties in to the rest of the Jurassic Park movies and which scenes from the show they would love to experience in real-life!