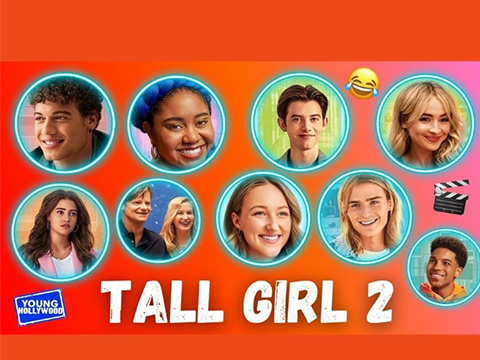 When 'Tall Girl' hit Netflix in 2019, it became an instant hit, and we fell in love with the characters, especially Ava Michelle's titular tall girl Jodi! It was only a matter of time before we got a sequel, and now it's finally here! Young Hollywood catches up with Ava and her 'Tall Girl 2' bff Anjelika Washington to get their thoughts on this much-anticipated follow-up, including how they found out a sequel was officially happening and how the on-set dynamic was different this time around. Plus, they reveal whether or not they would be bffs irl with their on-screen counterparts! 'Tall Girl 2' is now streaming on Netflix!