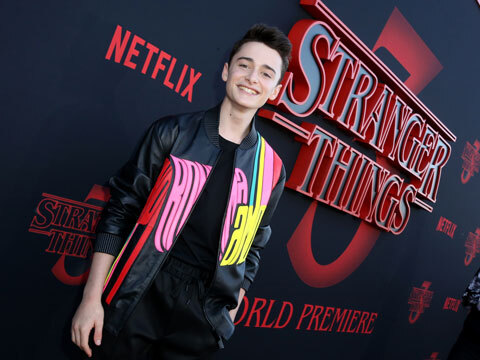 After a significant time jump -- not just on the show but in real life too! -- it's time to head back to Hawkins, Indiana, and the Upside Down for Season 3 of Netflix's smash-hit series "Stranger Things"! Young Hollywood heads to the big premiere for the new season where we catch up with Will Byers himself, Noah Schnapp, to get a little teaser about how this season differs from the previous two and to gush over his sharp red carpet threads! We also get a quick moment with Gaten Matarazzo, AKA Dustin Henderson, where he gives props to his fellow castmates. Wave your Eggos in the air like you just don't care, cuz "Stranger Things 3" is finally here!