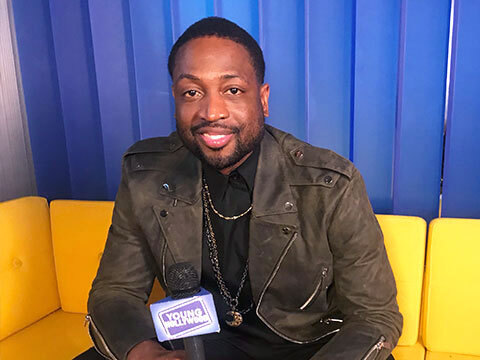 Young Hollywood is chilling with the legend himself, NBA star Dwyane Wade, at the screening of his documentary 'Shot in the Dark' which he co-produced with Chance the Rapper! Dwyane explains his intentions behind making the film and how he hopes it will inspire inner city youth interested in sports, not just in his and Chance's hometown of Chicago but around the country!