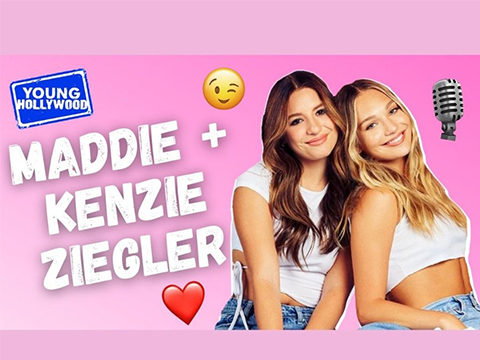 There's nothing the Ziegler sisters can't do individually, whether it be dancing, acting, singing, and more; but together, they are unstoppable! The multi-talented teens have just launched their latest venture, a weekly podcast called "Take 20 with Maddie and Kenzie Ziegler", and Young Hollywood catches up with the sisters via Zoom to get all the scoop! Maddie and Kenzie tell us the intention behind the podcast and the process in creating in, as well as the steps they take to make sure listeners can tell them apart when they are talking! We also play a game of "Ifs and Whens" with the girls to find out what music Maddie will choose for her wedding, what Kenzie would buy for her first house, where they would live after they retire, and much more! Check out "Take 20 with Maddie and Kenzie Ziegler" here!