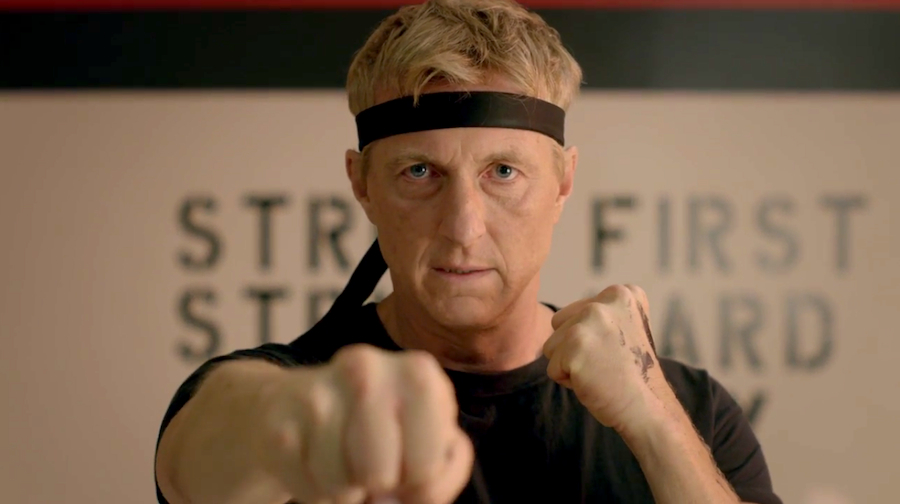 Who would’ve thought that, when it was announced that a 2018 YouTube Red series continuation of the 1984 hit film The Karate Kid called “Cobra Kai”, would actually be one of the biggest shows of the year? With YouTube Red known to severely lack in content that anybody outside of fans of specific YouTube channels would want to see, it seems they have finally have their first mainstream hit. In fact, it's even out-performing Netflix and Hulu at the moment, with Netflix’s “Lost in Space” and Hulu’s award-winning and highly anticipated “The Handmaid’s Tale” being the examples.

If you aren’t up on what this show is, it’s fine because YouTube Red posted the first two episodes for free. On chance that you haven’t seen any of the movies, that’s fine too because the first episode shows you all you need to know from the original films. My girlfriend, who has no recollection of The Karate Kid, even loved it when we checked it out, and she’s the only person I know who doesn’t love Mad Max: Fury Road.

Here’s the first episode if you want to get started:

What separates how the series is performing right now as opposed to how it was perceived earlier as a crane-kick of nostalgia is that it’s just good. There’s no other way to describe the series besides how ridiculous it is, how surprisingly dark it is, how much heart it has, how true to the original it is, and just how it make you feel after watching. In an age where binge-watching is a thing, this is definitely one of those shows tailored to that, but it can offer you more than just that. Plus, there’s the fact that it may have gotten its inspiration from a YouTube video made by a content creator in 2015 and subsequently went viral:

Regardless of where the inception for this idea came from, it’s clear that “Cobra Kai” was created by writers (Josh Heald, Jon Hurwitz, Hayden Schlossberg) who understand and love the original property. After all, there is a ridiculous story to be told about two grown men who are still traumatized by a strip mall karate dojo in the Valley from their teen years.

All episodes of “Cobra Kai” are available on YouTube Red with a subscription. If you’re not sold on paying for the service, there is a free one-month trial, so get to binging. With the show already getting a second season in 2019, you may want to think about keeping that subscription… or signing up again later. It's yours or your parent’s money, I can’t make choices for you.