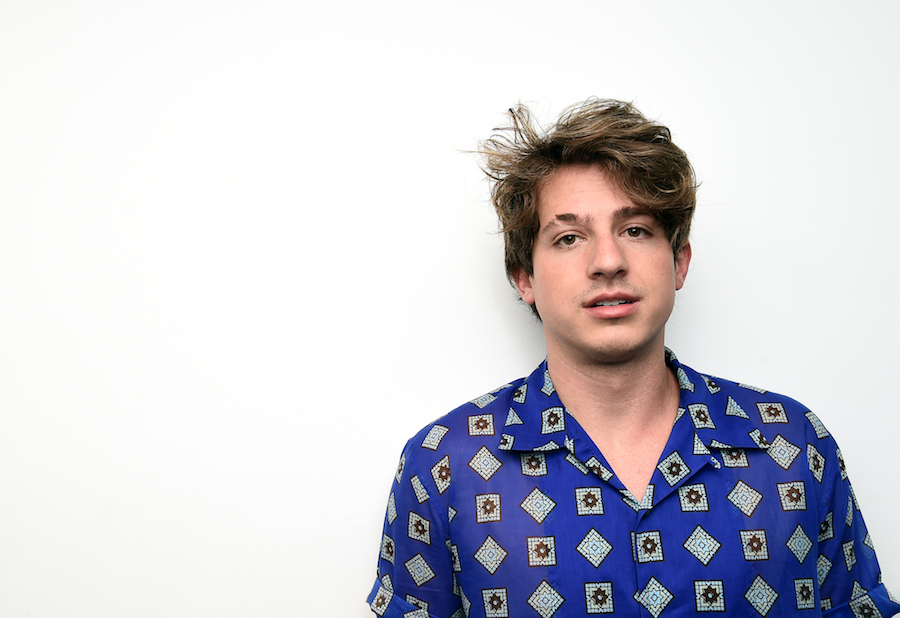 For those who love listening to the radio, you are no doubt familiar with hearing Charlie Puth and his music. The 26-year-old year singer/songwriter and producer has been gifted with the ability to create music without a reference tone, and his hit singles like “One Call Away” and “We Don’t Talk Anymore” are still played on regular rotation.

His second album, Voicenotes, was finally released earlier this month after he decided to delay production to perfect it. It features hit singles “Attention” and “How Long”, which were released nearly a year before the album, as well as a compilation of ballads, collaborations, upbeat pop songs and his new R&B/soul sound.
The 13 tracks on this album, which he produced entirely himself, are mostly upbeat even though the message he conveys throughout the album is that heartbreak is part of the journey that comes with finding yourself.

Now here is his album broken down track by track. We hope you love listening to Voicenotes as much as we did!

is the perfect starter song for this album. Right from the beginning, you’re hooked on the sound of an electric guitar riff that continues throughout, as well as the fact that Puth reveals more of himself than ever before. He refuses to apologize for being confident as a way of fitting in with the crowd, thus taking us on his journey towards finding himself.

Favorite Lyrics: “Maybe I’m gonna get a little anxious, maybe I’m just trying to find a place to hide / All I wanna do is just hold somebody, but know one ever wants to get to know somebody...”

With "Attention", Puth certainly has ours. Even having heard this single a year ago when he released it, it’s still exciting to listen to. It’s bass line beat that is echoed throughout the song does not overshadow Puth’s vocals, in which he’s singing about learning to move on from heartbreak... and maybe even a girl who cheated on him?

Favorite Lyrics: “I know that dress is karma, perfume regret / You got me thinking ‘bout when you were mine / And now I’m all up on ya, what did you expect?”

Look out, cuz Puth is showing us his new sound of pop mixed with R&B and soul. With this song, we’re taken on a soulful journey down his Memory Lane of heartbrea, singing about a girl he split up with and how, after spending too much time with the L.A. Girls ,he wishes he still had what he once did back home.

Favorite Lyrics: “How the hell did I get caught up messin’ with these LA girls? / I told you I’m moving out to bigger and better things...”

Puth fans, this song should also be familiar. He released it before all the others while promoting his album, and is the second single from this album. This upbeat pop song features him singing about a girl who refuses to forgive him for what he did one drunken and regrettable night.

Favorite Lyrics: “How long has this been going on? / I was drunk I was gone, that don’t make it right / I promise there were no feelings involved...”

Puth gets around! Selena Gomez and now Kehlani, who, for those who don’t know, is a singer-songwriter also signed to Atlantic records. She’s known for "You Should Be Here". "Done For Me" marks the first of three collaborations Puth produced on his album. Infused with synthesizers, funk, pop, and R&B influences, the duo sings about how he’s the only one putting effort in the relationship, doing everything and shouldn’t have to.

Another soulful sounding song, but in ballad form. Puth is asking for a second chance to be with th girl he likes. Due to his emotion, if we were that girl, we might even be inclined to take him back...

Favorite lyrics: "Please be patient with me, I know I’m not what you need / Is it too much, that I’m asking for? Can we start over? Can we end this war?”

This song features his second collaboration, this time with an R&B group known for their tight a cappella harmonies and emotional ballads. In the song, we see an emotional Puth begging for his love not leave him, for he believes -- and this is his confidence speaking -- that he is the best thing she could ever have.

Favorite Lyrics: “Cuz, girl, if you leave me know, if you’re givin' up and just walk right out you will take the biggest part of me / No this is not goodbye..."

Unfortunately, not all younger men/older women relationships work out. It didn’t for Puth, and that’s what he references in this this keyboard-infused song. He narrates how he liked being with an older, mature women who was unlike the other girls his age but who dumped him merely for just being too young.

Favorite Lyrics: “You tell me I’m too young, but I gave you what you wanted / Baby how dare you treat me just like a boy...”

My personal favorite! "Slow It Down" is an upbeat '80s funk tune that makes you wanna get up and dance. It’s also about a girl who's very clingy and wants to be with him all the time, both physically and emotionally. He, being on the reciprocating end, can’t take it anymore and wishes she would just slow down, as clingliness isn’t a healthy thing and can lead to heartbreak.

Favorite Lyrics: “Girl, you gotta slow it down / I got a situation, this girl been stressin’ me...”

Some of you may have heard this song already. Puth and music legend James Taylor teamed up and performed "Change" at the March for Our Lives Rally in L.A. And for those who are hearing this song for the first time, it’s a powerful guitar infused ballad with a strong message of being kind to one another and learning to make a change, especially when you are in a relationship with another person.

Favorite Lyrics: "Why can’t we just get along? / We gotta make that change, yeah...”

"Somebody Told Me" is a soulful and emotional pop ballad in which Path expresses his feelings about being cheated on and how hard it was for him to hear that the rumors were actually true. But we are proud of Charlie for finally calling her out!

Favorite Lyrics: “Maybe I should have noticed I’m not the only one / You kept looking at your phone, couldn’t help but ask 'Who is that, babe?'"

With Track 12 being the second-to-last song on the album, Puth’s journey is coming to an end, and we hope that, after what he’s gone through with his other loves he’s mentioned, he might finally benefit. In this funky upbeat tune, it seems he does. This song is about a girl whom he just can’t keep his hands off of, even though she has a boyfriend already.

Favorite Lyrics: “You wanna go upstairs but you don’t wanna sleep / Can’t let this moment go / Your boyfriend’s no competition, turn off your phone and blame it on your battery...”

If there are some that are experiencing nostalgia listening to songs about heartbreak, even if more personal, don’t worry, you aren’t alone. This song makes us reminisce about our past loves too, and the heartbreak that sometimes follows. That’s why in this piano ballad Puth successfully gets his point across that heartbreak is just part of the journey that comes with finding yourself.

Favorite lyrics: “You could say I lived a crazy life for a man so young /  Now I’m looking back just wondering where the time has gone...”