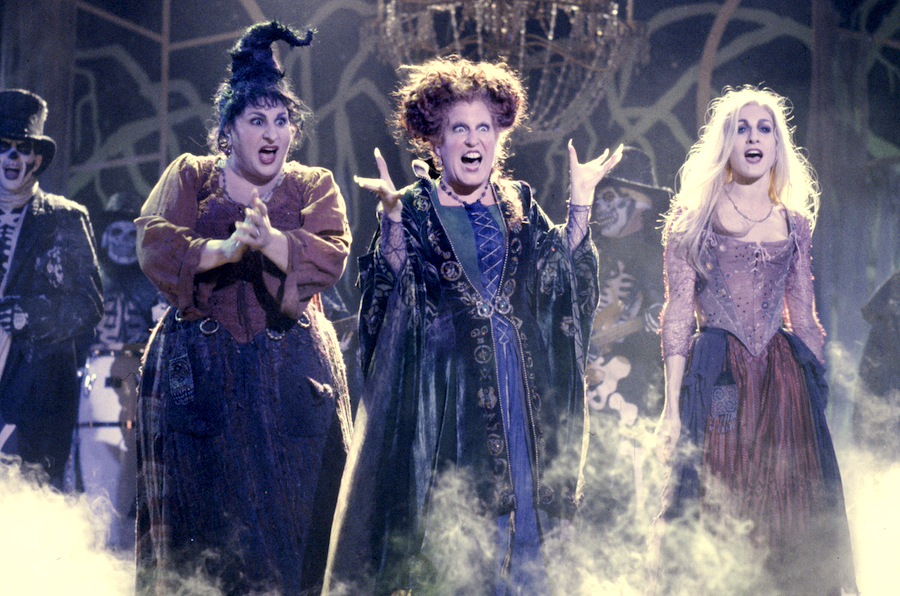 Whether your Halloween consists of a quiet night in, some light trick-or-treating, or a raucous costume party, you will no doubt eke out some time for a good ol’ Halloween movie marathon!

But where does one even begin? The options are literally endless, and it can be tough to even know where to start!

So, I hit up some of our YH Crew to give me their favorite Halloween joints of all time to give you a little nudge and inspiration for your Halloween night movie viewing activities! Here’s what some of them had to say:

Emma Stack: “My favorite Halloween movie would have to be Halloweentown. I remember I was really scared by the skeleton taxi driver that pops up at the beginning of the movie, but got over it quickly because Marnie wasn’t even fazed. She was my idol and such a badass throughout the entire film, saving Halloweentown and the Cromwell Clan. Debbie Reynolds also stands out as Marnie’s equally badass grandma, and makes the ‘witch life’ seem even more fun. Every time Halloween comes around, I check Disney Channel to see if they are playing the movie — so I can re-live my Cromwell obsession.”

Nicole Koch: “My favorite Halloween film is a Disney Channel Original Movie: Halloweentown II! ‘90s babies where you AT. All Disney Channel movies are lit and I love this one especially because I’ve always wanted to be a witch and cast good spells. Plus, the guy who plays Kal, Daniel Kountz, was super hot back then. Everyone loves a bad boy! It has the perfect mixture of romance, drama, and supernatural/magical vibes. I’d call it a classic since Debbie Reynolds is a legend.”

Brooke Rudisill: “My favorite Halloween movie is, hands down, Disney’s Hocus Pocus. Talk about a classic! It’s been a family tradition of mine to always watch on All Hallows Eve – because let’s be real, is it really a Halloween favorite if you don’t watch it on Halloween night? Even though the three villainous witches are evil, I’m obsessed with their sass and humorous naivety! Also, I’ve always wanted a talking Binx of my own. I mean, who hasn’t?”

David Mendez: "Literally tons of options but Nightmare Before Christmas is an all-time classic. Tim Burton’s animated world is spectacular, and the story is original and unmatched. And Jack Skellington is an icon."

Well, there you have it! Three votes for Disney, and all agree that the family-friendly fare is where it’s at. If you agree, then I’d have to throw my hat in the ring in favor of “The Worst Witch”. Which Worst Witch, you ask? Well, all of them, really, but this year I have to give props to the new series on Netflix starring Bella Ramsey (whom you probably recognize as the sassy Lyanna Mormont from “Game of Thrones”) as the titular worst witch, Mildred Hubble.

But by and large, I tend to go for the scary variety of movies on Halloween night. Personal faves include the original Halloween (natch), the original Carrie, and my all-time year-round fave, Alfred Hitchcock’s Psycho. And just for good measure, I like to round out the night with a little Rocky Horror Picture Show!

Whatever your preference, keep it fun and memorable! Halloween only comes round once a year, after all!