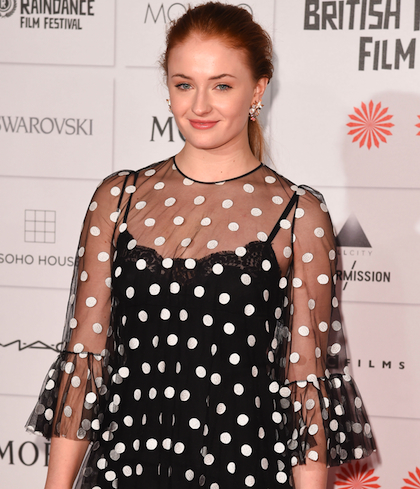 Since before X-Men: Days of Future Past was released last summer, fans of the franchise couldn’t wait to pack into the theaters to see one of X-Men’s best comic book sagas on the big screen. When the credits rolled for Days of Future Past and we all saw the post-credits scene, fans didn’t want to wait until 2016 to see more in X-Men: Apocalypse, but too bad, because we’re gonna have to. But don’t worry, X-Men and Women, we’re all in this together, and as such, I’ve got some more information for you. Before we get into it, though, let’s take a look at the aforementioned scene in Days of Future Past and our first look at a much younger version of X-Men: Apocalypse’s main antagonist, Apocalypse:

(FYI: Apocalypse is considered the first mutant ever born and is given power beyond comprehension, including immortality, hence all the ancient Egyptian stuff. Also, did you notice the 4 horsemen in frame when we get a profile of his face? As in the Four Horsemen of the Apocalypse?)

Like a lot of superhero movies these days, Apocalypse looks like it’s going to pull out all of the stunts it possibly can. What we have recently learned is that Storm, Cyclops, and Jean Grey will all make appearances… by younger performers. That’s right, in what seems the trend for reboots these days, Days of Future Past altered the timeline of the X-Men franchise (like Star Trek), as we saw at the end of the movie with previously dead characters appearing alive and well again. I am happy to announce to you that actress Alexandra Shipp, who starred as real-life R&B singer Aaliyah in the biopic Aaliyah: The Princess of R&B, will be taking over as a younger version of Halle Berry’s Storm; Tye Sheridan, known for his large supporting roles in the film Mud and Joe, will be playing the younger version of James Marsden’s Cyclops; and lastly (and the one that I’m most excited about), Sophie Turner, who is known better to HBO subscribers and HBO Go moochers as Sansa Stark in the fantasy series “Game of Thrones”, will be playing the younger version of Famke Janssen’s Jean Grey.

All of these young stars seem like they would be great for their roles, but since I’m a huge “Game of Thrones” fan (books too), I want to say why I’m so excited that Turner will be Jean Grey. (Spoiler Alert) Right now in “Game of Thrones”, Sansa Stark is finally shedding her vulnerability and has said that she’s sick of being the victim. With Season 5 still on the way, we don’t know exactly what she’s going to be up to, but she has made it clear that she will be more than just a damsel in distress. Since she was subjected to so many horrors in King's Landing but was also treated like a prop at times, she was granted the ability to listen to these people pulling the strings in the kingdom. Having picked up some valuable knowledge, and (so far as we know now) having the upper hand over Littlefinger, she will probably be a much more independent and stronger character this season.

So, what does my rant about Sansa Stark playing the game of thrones have anything to do with Apocalypse? Well, Jean Grey is the kind of character who has always been at the mercy of her own abilities. She’s constantly victimized by her telekinetic powers, and when she finally taps into their true potential, she goes off the rails. True, this loss of control may save her life and the lives of the other X-Men, but another personality comes forward called Phoenix and consumes her mind. There are even moments where Jean Grey picks up on something happening elsewhere and faints from the crushing blow it puts on her mind. Having already played a victimized character, who is now having enough of being persecuted, I think Turner can bring a lot more to Jean Grey than we may have seen in the past.

Other than this new casting of characters, there are some more facts we know and then some rumors, which may also be facts. It is a fact that most of the cast from the '70s scenes in Days of Future Past will be returning. What is rumored is if Hugh Jackman will be returning as Wolverine and if Wolverine is in it at all, which would make this the first X-Men movie without Wolverine. Oh, you missed him in X-Men: First Class? See below (NSFW):

We know that Oscar Issac, who gained major recognition for playing the titular character in Inside Llewyn Davis and is playing a rebel pilot in the upcoming Star Wars: The Force Awakens, will be taking on the part of Apocalypse. (This guy really likes his character’s names to be in the title.) Channing Tatum confirmed almost a year ago that he be playing the fan favorite mutant Gambit in his own origin movie, and right now rumors are persisting that he will be Gambit in Apocalypse as well, but nobody has confirmed or denied this.

There you have it, folks; X-Men: Apocalypse sounds like it’ll be anything but an apocalypse. I’m excited with all of the moves the director Bryan Singer is making with the folks at Fox and Marvel, especially to keep things in the past with a young and spry (but still handicapped) Professor X, along with the rest being more inexperienced versions of themselves. Plus, Jennifer Lawrence is back as Mystique. Let’s be honest, J-Law can do no wrong.

In the meantime, check out our interviews with the new Jean Grey and Cyclops below!