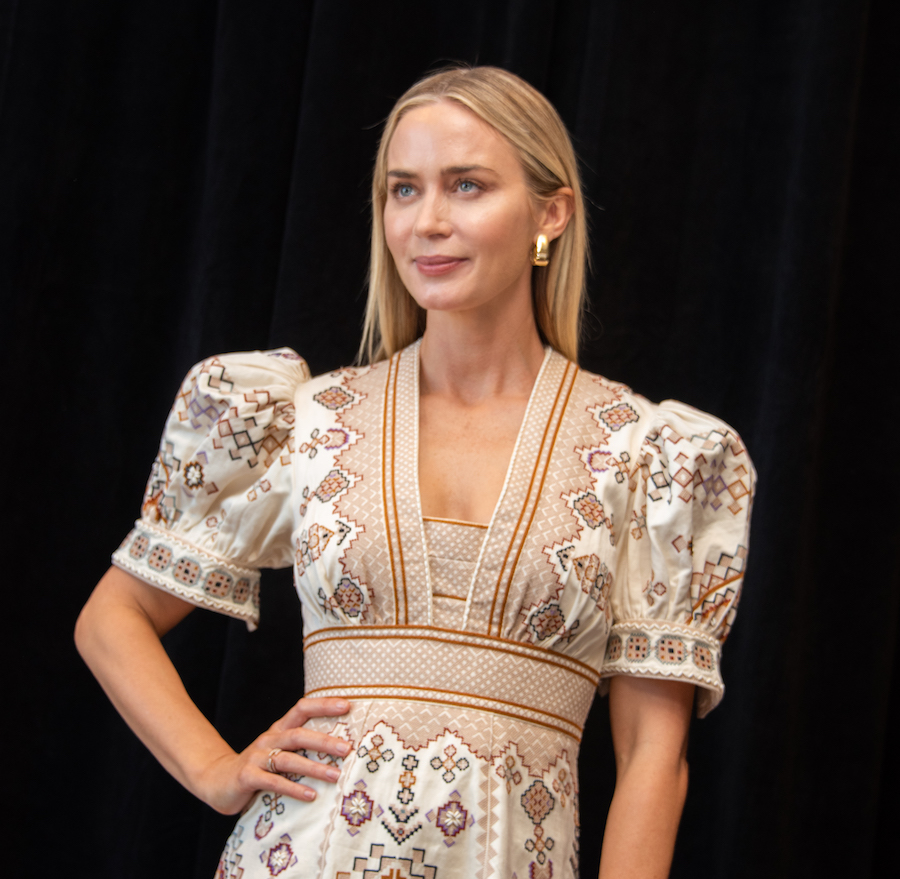 Since the early-2000s, actress Emily Blunt has been gracing our screens with her quick wit, British charm, and amazing talent. Whether she's acting, producing, singing, dancing, or all of the above, Emily Blunt has become one of the most well-loved stars in the industry. She has portrayed such a wide range of iconic characters and never fails to bring her all to every single performance.

If you have slowly made your way back to the movie theaters, then you may have noticed everyone flooding in to see A Quiet Place Part II. We won’t give anything away, because this movie seriously deserves to be seen in theaters if possible, but let’s just say that Emily Blunt is back as Evelyn Abbott and better than EVER. It can be easy to get caught up in the out-of-this-world story of the A Quiet Place universe, but Emily’s nuanced performance as the clever mother of the Abbott clan is stellar in both films, which were written and directed by Blunt’s husband and fellow actor John Krasinski and only adds so much more depth to Emily’s role as the caring wife and ultimate protector of her children.

When she is not making us hide behind our popcorn out of complete fear, Emily Blunt really is a jack of all trades. Seen as one of her "breakout" roles, Emily’s performance as Emily Charlton, the high-strung and a tad bit cruel assistant to Miranda Priestly (Meryl Streep) in The Devil Wears Prada has become such an iconic portrayal. Emily herself is quick-witted and hilarious, and she brings that wit and so much more to this role. She waivers back and forth on her true feelings about new assistant Andrea (Anne Hathaway) but remains the same fiery spirit through the entirety of the film.

There have been many notable performances from Emily Blunt, including Looper, Sicario, and The Girl on the Train. Perhaps some of her most exciting work comes from her roles in musicals (I am a sucker for a good musical theater number) in both Into The Woods (2014) and Mary Poppins Returns (2018). From a survivalist mother on the run from alien creatures to Mary Poppins herself... We told you Emily Blunt has done it all!

There is truly nothing Emily Blunt can’t do! Up next for the brilliant actress is Disney’s Jungle Cruise starring herself and Dwayne Johnson, which is based on the classic Disney theme park ride of the same name and is sure to be filled with crazy adventures and good laughs. After having the release date pushed back due to COVID, the movie is finally set to release this July and we can’t wait to buy our tickets!

What is your favorite Emily Blunt movie?!