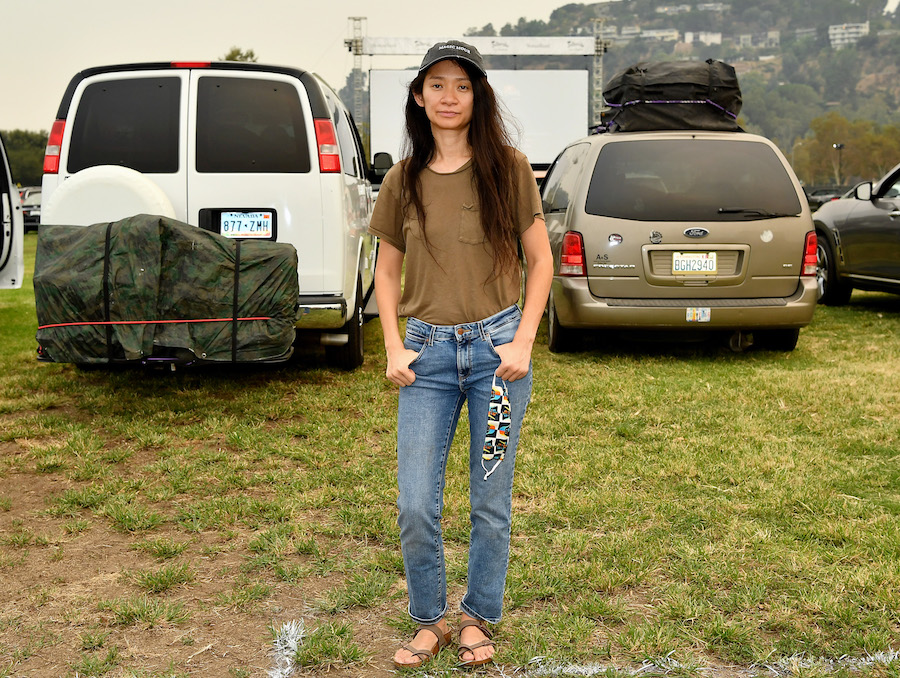 This year has been especially monumental for women in the entertainment industry. As we recently reported, Emerald Fennell(another Woman We Love) and Chloé Zhao shattered the Oscars glass ceiling when they were both nominated for Best Director this year. This is the first time more than one woman has ever been nominated in the category for an Academy Award in the same year. Crazy, right? To take it one step further, Chloé is the first woman of color to be nominated. Not only that, (yes, there’s more!) but she’s also the first woman to be nominated for an Oscar in 4 different categories — Best Director, Best Film Editing, Best Adapted Screenplay, and Best Picture.

Aside from being one of the coolest women in Hollywood, there’s so much more to know about Chloe. She’s a top-notch filmmaker with a growing list of accolades. The phrase “kicking ass and taking names” pretty much belongs to her at this point. Originally from Bejing, she only moved to the U.S. in 2010 and just won an Golden Globe for Best Director for Nomadland (only the second time a woman has ever won). If you haven’t seen Nomadland, we 10/10 recommend — it’s amazing, obviously. It’s about a woman who loses everything and decides to travel the United States in a van and it’s available on Hulu RIGHT NOW.

But that's not all! She just won Best Director at the BAFTAS (British Academy of Film and Television Awards), the first time an Asian woman has ever won and only the second time a woman has ever taken home the award too! As you can probably tell, she’s quickly become a pro at breaking records and being among the first (and second) to win awards. She went to NYU Tisch School of Arts and Voguesaid she “reinvented the western” — talk about a compliment!

So, what’s next for Chloé? She’s directing a Marvel movie! It’s calledEternals and it’s set to premiere later this year on November 5th. A self-proclaimed Marvel fan, this movie is sure to be a departure from her usual work. We’ll definitely be first in line to see it!

While this past year has been a huge win for women, there is still work to be done. We can’t wait to see all the incredible things our female heroes accomplish in 2021 and beyond. We’re rooting for both Emerald and Chloé and we can’t wait to (hopefully) see one of them take home this year’s title. Don’t forget the Oscars are coming up on April 25th!