Why Kids Versions of Reality Competition Shows Are Better Than Their Adult Counterparts! 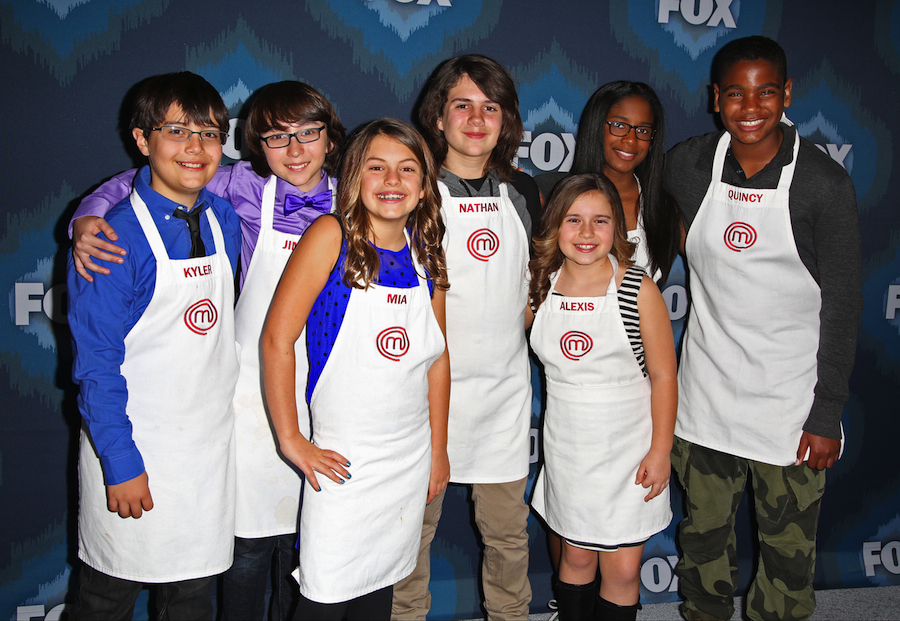 I love “MasterChef”, but what do I love more than “MasterChef”? It’s “MasterChef Junior”. You can add “Chopped Junior” to that list as well. First off, I feel like the kids are much more talented. Sure, I question how hygienic they are considering I remember as a child being a big connoisseur of my own boogers, as well as reaching into my pants to scratch myself. But that’s beside the point. The kids just get it, and what else do they get? Giving it a fair match by not screwing over their competitors (even though I think some of those judges give the kid who cries in every challenge a pass).

Ever since “Survivor” came out, and even every game show before (looking at all those $1-under bidders on “The Price is Right”), these types of genre-bending game show reality competitions have been filled with a cutthroat nature that would make the father of nihilism, Friedrich Nietzsche, exercise his favorite emotion… envy. Just check out how dark this ending to Season 1 of “Survivor” was, which aired 17 years ago:

My god was that harsh. What this all means basically is that shows with adults competing in the end for an overall goal of money or a contract, but need to form bonds and teams only to ultimately backstab and betray said teammates, is fun to watch but ultimately really sad. It plays into this school of philosophy that nothing matters except one’s personal and present existence. The past and future do not matter unless they concern the self. Hardly ever does it take other people’s emotions or experiences into account, but at the same time it does have a sweet spin of us all being in this (life) together. There’s a lot more to be said and shows like “Rick and Morty” have summed it up best by simply saying this:

While these adult shows like “MasterChef” do not really hold the whole “we’re all in this together” part of things, we’re in luck with the Junior editions. The stereotype is that kids are mean, ruthless, careless, selfish, and even psychopathic at times. Of course, this is all behavior you’ll see on the schoolyard (or I guess social media these days), but for some reason, on these shows, the kids get that they have to work together. Even in “MasterChef Junior”, if one kid gets an advantage over the others, they won’t really screw anybody over.

They recognize who among them is the best cook and who is the weakest, so they adjust the challenges to help the weak survive and give the strong a moment to show off their skills. Heck, the kids even become friends with each other, and if they know one of their fellow cooks is better than them, they won’t do what the adults would do and hold their friends over the flames to get them out. The kids will instead save their friends from a challenge because they'd rather have friends than win it seems.

With these Junior editions, it truly seems like the best one ends up winning and not the one who plays the challenges right by screwing people over (Shaun from last season of “MasterChef”, you didn’t deserve that win and you know it!). They do share the same thing of playing on people’s sympathies with some of the weaker ones crying every challenge that they think they’re going to lose (looking at you again, Shaun), but no matter what, the Junior versions of these shows are a breath of fresh air compared to their adult counterparts.

Now, if we could only get a “Survivor Junior” to see how, on the island, there are only puppies and kittens instead of snakes and rats. Reality TV better not get any other ideas off of that. “Naked and Afraid: Junior” isn’t just gross and wrong, it’s also a felony. In the meantime, I eagerly await the upcoming kids version of "Dancing With The Stars" -- yes, that's really happening!