Which Witch Movies To Watch This Halloween! 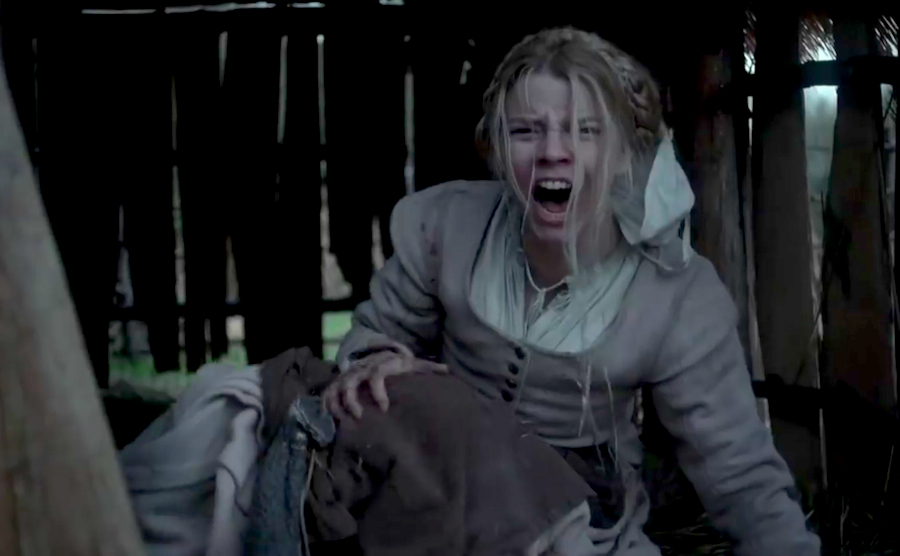 This Halloween season has put me in a very witchy mood. I recently watched The Craft for the first time, and I’m also watching "American Horror Story: Apocalypse", which is feeding its fans in the best, witchiest way. With that in mind, I’ve compiled a list of the witch movies that have stuck with me the most, and that you should watch before the witching hour ends on Halloween night!

The Witch, or The VVitch, as the New England colonials would say, starts off our list as the scariest option for your witch-movie viewing. I saw this in the theaters and I was so nervous and unsettled the entire time. I’m sure it would be a little less scary from the comfort of your own home, but still, this movie is exceedingly creepy. Set in 1630s New England back when there was no electricity and nothing much to do, the solitude and lack of lights make for a very ominous environment. The sort of environment where people start believing in witchcraft and devilry. Like the Puritans who kicked this family out of town, you’ll be wary of this entire moody clan.

Cleanse your palate with Hocus Pocus, the most cheery witch movie I can think of. This year is the movie’s 25th anniversary, if you can believe that! When you have gold, you don't throw it out, and this movie has been playing on TV and at special screenings every year since its release. (I saw it playing at a random BBQ restaurant last year.) Hocus Pocus is such a success thanks to the hilarious Sanderson sisters, but I’d argue that it's stayed popular this long because it has lots of layers and just so many memorable moments. There’s a complex romantic backstory involving a zombie, to name just one. How many other Halloween movies are this sacred to multiple generations??

Another cult classic that has stuck around is The Craft, a movie full of 90s nostalgia. The fashion alone is one reason to watch this one if you haven't seen it. There’s also the coolest and worst influence of a character, Nancy (played by Fairuza Balk, who also played a witch in the decidedly tame '80s classic The Worst Witch), a fan favorite even though she sort of goes a little power hungry, to put it lightly. The Craft might be a little cheesy, but really all the best cult classics are. The acting is on point, though, and the special effects don't have to be perfect for them to be fun. If you want a slightly spooky night filled with cool fashion and even cooler girls, catch The Craft this Halloween season.

This Halloween, you have the chance to watch the 1977 version AND the brand new 2018 version! I haven't seen the new version yet, directed by Call Me By Your Name director Luca Guadagnino, but the 1977 version has definitely created a high bar for this version to live up to. The 1977 Suspiria is especially memorable because of its garish and jarring color palate—it’s all bright and vibrant, juxtaposed with the darkest of events. Set in a dance academy, you might not be surprised to hear that the leader of the school is actually a witch. Naturally, trouble ensues. Watch the two versions back to back if you're truly about that life.

In all honesty, Twitches gave me some of the most vivid, terrifying nightmares of my childhood. I don't know if anybody will relate, but “the darkness” from Twitches and Twitches Too literally haunted my dreams. From what I remember, it’s just a black cloud of bad stuff that followed Tia and Tamara Mowry around, and obviously they defeated it in the end, but in my dreams it swallowed me up every time. If you put Twitches on right now I probably wouldn't watch it. So that makes it the scariest movie on this list. Despite my weird relationship to this movie, if you’re into twin witches and sisterhood and the 2005 aesthetic, you’ll probably enjoy it. If you’re the right age, you’ll remember when the moon would be out at the same time as the sun and you and your friends would gasp “Twitches!!!” Just me again? Okay.

What are some of YOUR favorite witchy flicks?