Which Literary Heroines Should Be Included in the All-Female 'League of Extraordinary Gentlemen' Reboot? 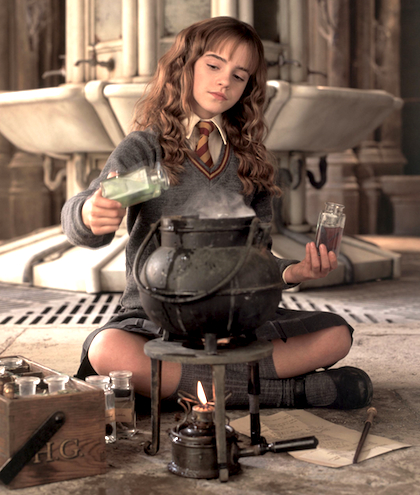 It seems thatAlan Moore’s graphic novel, The League of Extraordinary Gentleman, has never really taken off with a mainstream audience. The novel was made into a film in 2003 that wasn’t the biggest hit, and then Fox attempted to resurrect the series into a television show that never really took flight either. Perhaps the third time will be the charm -- or at least that’s what Fox is hoping. The studio has decided to once again give The League a shot, but this time, instead of focusing on extraordinary gentleman, they are going to focus on extraordinary ladies.

The reboot ofThe League will focus solely on women, a premise that producer John Davis is quite excited about, and so are we! During the TCA press tour, Davis mentioned that he was a big fan of Mad Max and loves strong female characters. The only thing that Davis didn’t mention is which women will be featured in the reboot, since the original focuses on solely male literary characters. As it stands now, the league consists of Dr. Jekyll, the Invisible Man, Captain Nemo, Allan Quatermain, and -- the only woman -- Mina Murray from Dracula. Together, they all fight crime and save the day, like any other group of literary-based superheroes.

There certianly is no shortage of kickbutt female literary characters that could be included in the new and improved league. It would make sense for Mina to lead the new heroes, as it would fit to have one member from the original league. Here are a few of my top picks for inclusion into the League of Extraordinary Ladies!

1. Elizabeth Bennet from Pride and Prejudice

Elizabeth is a pretty kick-ass heroine -- she refuses to marry for convenience during a time when women were expected to do just that, and she holds her own against her haughty suitor, Mr. Darcy. She remains loyal to her sisters and helps them in her time of need, and she apparently can take on zombies (at least she has been reimagined to take on zombies). Elizabeth’s strong morals and loyalty (as well as possible zombie-fighting skills) would serve her well in the league.

Let’s face it: without Hermione, Ron and Harry would have been dead in Book 1. There is no way they would have been able to take on half the magical tasks that they did had it not been for Hermione’s smarts and drive. Besides her ridiculously high level of intelligence, Hermione pushes those around her to be the best that they can be, and she never turns her back on a friend (there are multiple moments where both Harry and Ron treat her terribly, yet she sticks by them). Not to mention the fact that she is a boss witch!

3. Hester Prynne from The Scarlet Letter

Hester gets dealt a rather rough card in The Scarlet Letter -- she has a child out of wedlock (during Puritan times!) and is shamed into wearing a scarlet letter because of it. Despite how she’s treated by her community, Hester holds her head up high and handles the whole situation with grace and aplomb. She even goes out of her way to help members of her community, and they begin to think of the “A” on her chest as standing for “Able” rather than “Adultery”. Even though she’s slut-shamed for filth by everyone around her, she doesn’t let that get in the way of her living her life and raising her daughter. She even stands up to her creepy ex-husband, who keeps threatening to ruin her and her baby daddy’s life. Now that’s the kind of bravery the league needs.

4. Sansa Stark from A Song of Ice and Fire

Sansa tends to be overlooked in favor of more outwardly traditional “kick-ass” female characters, such as her younger sword-wielding sister Arya, but Sansa (as written by George R.R. Martin) is pretty kick-ass in her own right. She endures A LOT of indignities and abuse, including being held captive by the notorious Lannisters, engaged to and beaten by King Joffrey, and being kidnapped by Littlefinger. But through it all, she never fails to be a lady. Despite what is thrown at her, Sansa remains clever, compassionate, optimistic, and, unlike her television counterpart, she doesn’t sink to the level of her abusers. Sansa’s gifts of observation and reading people would benefit the league, as well as her shrewd way of handling difficult situations and people -- anyone who can reduce the fearsome Hound to tears is a superhero in my book!

Which literary heroines do you think should be included in the League of Extraordinary Ladies?