Webby Awards Recognize Most Epic Viral Videos of the Year 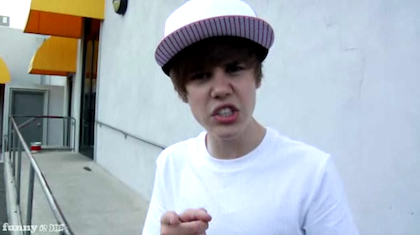 Where would we be without the Interwebs? The increased sophistication of the Internet has changed the way we send information, research, and communicate and, most importantly, provide people with a variety of reasons to avoid actually working while at work (present company excluded, of course!).
The 15th Annual Webby Awards will be streaming live on June 13th, after the winners are announced on May 3rd, to celebrate the online videos and shorts of the past year that we would be watching 24/7 were it not for those pesky jobs.
With almost 70 categories, the Webbys cover everything from Best Viral Video to Best Video Remix/Mashup to Best Viral Marketing. Entrants with multiple nominations include Funny or Die, CNN, Google Creative Lab, NPR, and the BBC.
So let’s talk stand outs. There was, of course, Isaiah Mustafa as The Old Spice Guy in the category of Best Viral Marketing for the Old Spice Response Campaign, and rightly so given the number of people running around saying things like “The tickets are now diamonds!” and “I’m on a horse!” for no apparent reason.
In the Best Viral category was the unforgettable "The Bed Intruder Song" (Autotune the News) which is ours to click and re-click to see Antoine Dodson in all his comical seriousness. Funny or Die’s lauded  "Between Two Ferns with Zach Galifianakis: Steve Carell" and "Justin Bieber Takes over Funny or Die" are both up for Comedy: Individual Short or Episode, as is Jim Carrey for "Funny or Die’s Presidential Reunion" for Best Individual Performance.
This year’s awards include a category for Best Mobile Game (Handheld Devices) where Fruit Ninja, Farmville, and Mad Men Cocktail Culture App will duke it out. (Though it is shocking that Words With Friends didn’t make the list, as it quickly becoming the newest cause of smartphone-related accidents!)
The votes for all categories will be tabulated by PriceWaterhouseCoopers, although there is also a Webbys People’s Voice Award that can be voted on from now until April 28 at http://webby.aol.com.
(Image via FunnyOrDie.com)
- Lydia Love, YH Staff