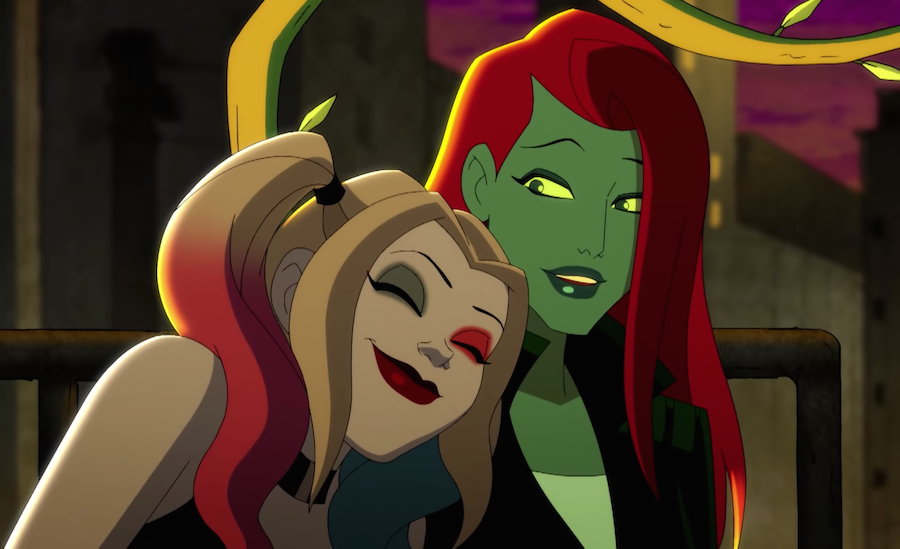 DC’s The Suicide Squad gave us great villains and even greater Harley Quinn content, but we still want more. Even Margot Robbie wants to see more of Harley’s rich character arc on both the big and small screens, and one of the best aspects of her story is her relationship with fellow villain Poison Ivy. This is my official open letter to DC: It’s time you give the people what they want and film a Harley Quinn x Poison Ivy movie!

In terms of film and television, DC hadn’t given us much Harley Quinn x Poison Ivy content until the adult animated series “Harley Quinn”, which is streaming on HBO Max. The show centers around Harley’s friendship with Poison Ivy as she struggles to create a name for herself in Gotham’s supervillain community. Their relationship is both heartfelt and incredibly chaotic, which is something we’d love to see translated to the big screen in a live-action DC Extended Universe film. I’m envisioning a semi-origin movie starting with the two breaking out of Arkham Asylum and deciding to work together. The two could even eventually reunite the Birds of Prey and team up with Black Canary, Huntress, and maybe even Catwoman. The pair’s relationship could even translate effortlessly into more Suicide Squad films. The possibilties are endless.

Harley Quinn’s most notable romantic relationship is with the Joker, but that doesn’t mean it’s her only relationship ever. At the very beginning of Birds of Prey, Harley insinuates that she once had her heart broken by a girl, making her canonically bisexual in the DC Extended Universe. And if you’re a really eagle-eyed viewer, you’ll notice that the heartbreaker in the little animated intro looks a lot like Poison Ivy. The best part about this? Harley’s queer romance isn’t even a reach -- the two are in a romantic relationship in several of the comics. A romantic spin on their relationship would be a perfect change-up to the typical dynamic of DCEU movies, not to mention a fresh and exciting change of pace to Harley’s tired storyline with the Joker.

Listen -- Margot wants this, we want this, everyone wants this. A Harley x Poison Ivy storyline would be absolutely everything and more. Come on, DC, we’re waiting on you!