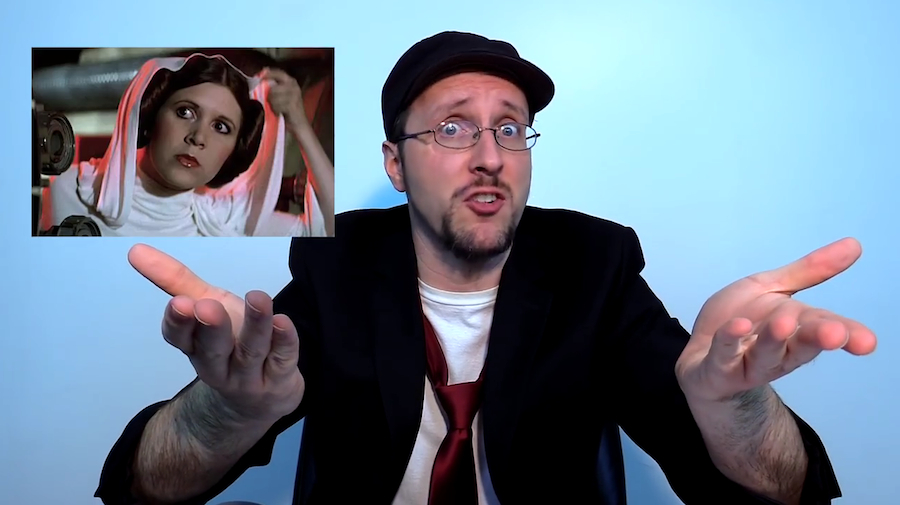 “Hellooo, I’m a Nostalgia Critic. I remember it so you don’t have to.” It’s a phrase I look forward to hearing every week now. Maybe you’ve heard it before and maybe you haven’t, but today I’m going to do something that rarely happens: critique a critic. This critic, however, isn’t in the same vein of more traditional ones like the late Roger Ebert. No, this guy took to what seems to be his basement to make videos with his brother under a bare bulb where he rants quite hilariously about how insane some past movies are, and he did his best to give us a show.

The real life man is named Doug Walker, and he’s been holding everything from our childhoods up to his bare bulb to show us the good, the bad, and the downright insane from movies, TV shows, and even commercials we may have loved. Being in his mid-30s, he hits everything from his childhood and even that of people from my age range of ten years younger (despite not being terribly familiar with it before viewing it for this critique).

I’m sure that this all sounds well and good, but who cares? He’s just another critic. But there’s a difference. You may not agree with his viewpoints all the time, and sometimes he could have a really funny joke in his video and then follow it with a really flat one, but that’s the thing -- he makes videos. Walker started off with just brother and since then got a small legion of people collaborating with them on these videos to make sketches, re-enactments of scenes tilted to highlight what he’s talking about, jokes (which, despite what my grandfather thinks, a trained monkey can’t do), and even their own opening theme music, and he does this every week in multiple different shows he has on his YouTube channel, Channel Awesome.

Below, Walker tears into one of my favorite cheesy horror movie flicks of all time, and I think he does a great, well-balanced job of it. It also shows you where his show is at today (NSFW):

Here’s another for a favorite movie of mine called Labyrinth, starring Jennifer Connelly, David Bowie, and David Bowie’s Bulge. Here, Nostalgia Critic makes some great points about '80s family movies and the PG rating today vs the past, as well as plenty of jokes about Bowie’s package:

Walker has also changed his show around a bit, and every now and then he tackles a current movie upon its release instead of only older movies. I’ve said up top that you may not always agree with the Nostalgia Critic, so below is a video where I think he makes some valid points but I’m not in agreement with him about certain things involving this review of Rogue One (NSFW):

There’s this and more on Channel Awesome, to check it out but Nostalgia Critic is definitely my favorite. I hope you enjoy him too but beware -- if you don’t have a sense of humor, then he might ruin your childhood...