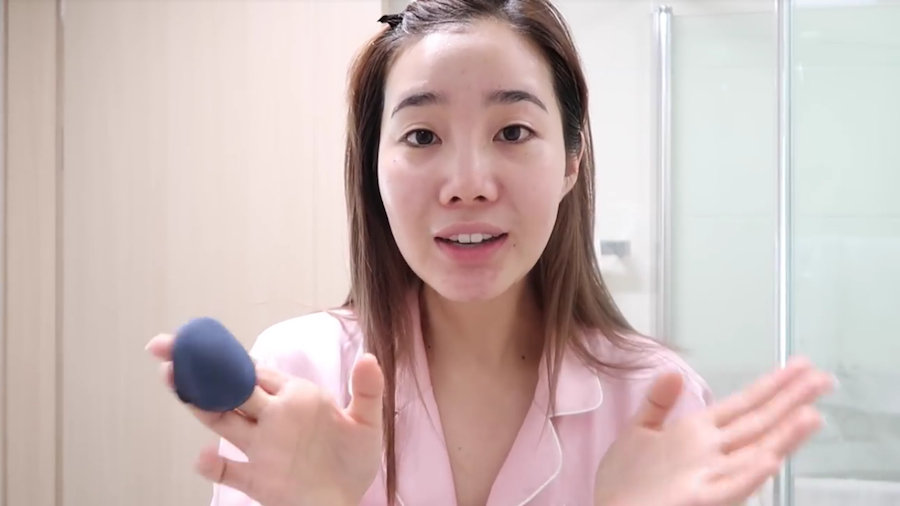 With so many YouTube channels out there about health and beauty, it’s easy to get lost in the hours upon hours of content. Trust me, I’ve done it too many times to count. And now, with Korean skincare in the spotlight, there’s a whole other challenge of finding channels that are actually knowledgeable about the many foreign brands and can relate to English-speaking audiences. #TheStruggle.

Fortunately I found someone who checks all of these boxes and more: Joan Kim! She is a Korean-American creator who was born and raised in Southern California before moving to Northern California for college. She moved to Korea shortly after graduating, where she was an English teacher for almost a year, and then worked at a radio broadcasting station in Seoul as a host. Between her main and vlogging channels, she boasts nearly 600,000 subscribers.

In her video titled “50 Facts About Me” from 2016, Joan says that, while she’s had her main account since 2009, she started to post more consistently after meeting fellow YouTuber Edward Avila. Since that shift, her videos have been viewed nearly 26 million times, showing just how popular she’s gotten!

Joan is known for creating videos on everything from makeup tutorials to skincare advice and fashion lookbooks. Being based in Seoul, she is constantly in touch with what’s currently trending in the city and then puts her own spin on it. She also has an easy-going, straightforward personality that personally makes me want to buy everything she recommends!

In addition to posting more lifestyle-based content on her main account, she also regularly uploads vlogs on second channel Joanday (which translates to “Good day” in Korean). On her 25th birthday, she decided to vlog everyday of her 25th year, meaning she uploaded a video every day from November 2016 to a year later in 2017. That’s 366 videos! I can barely post on my Instagram consistently.

Since that giant project, she changed the schedule to be more of a weekly collection of the things she does each week. From her international trips to her daily adventures around Korea, she carries that likeable personality with her everywhere. Her vlogs are such an enjoyable watch and shows a taste of what life in Korea looks like.

Despite being known for her expertise in Korean skincare, Joan has so much to offer as a YouTuber. I recommend following her if you’re into finding new wardrobe inspiration, learning skincare tricks, or if you’re just interested in following another interesting vlogger!