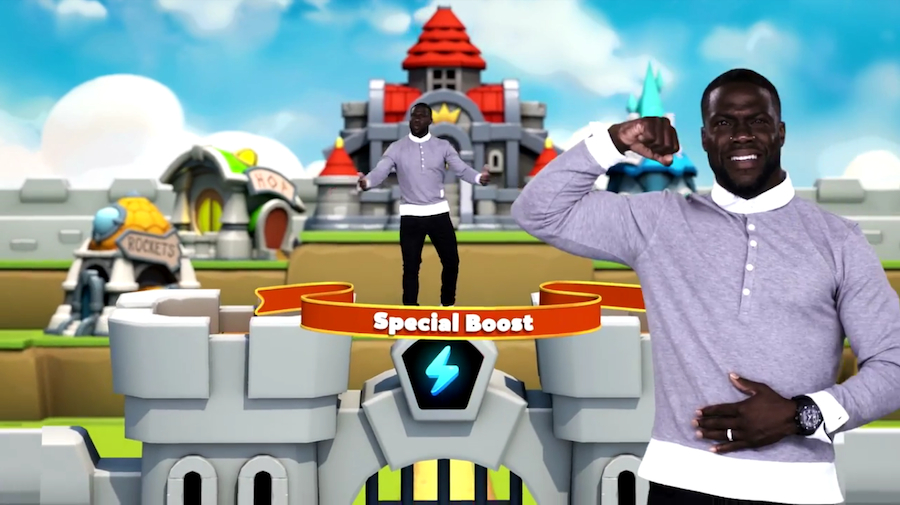 Kevin Hart’s star continues to rise as he branches out into every possible field of the entertainment industry. This time, it’s mobile gaming.

The superstar actor/comedian has partnered up with the celebrity mobile entertainment company StandUp Digital to create Gold Ambush With Kevin Hart. Gold Ambush is all I’ve heard about the past few weeks, as I have witnessed friends and acquaintances playing the game with laser focus and unparalleled dedication (a definite throwback to the Pokémon Go craze of 2016). To not feel left out from the game’s cult-like following, I immediately downloaded it and was quickly able to grasp the hype. It’s easy, fun, addictive…and endless. For those who have yet to play, it involves city building, resource raiding, securing land from attackers by laying down traps, etc. It’s a multi-faceted and multi-level experience that can literally go on forever.

By bringing this game to fruition, Hart is joining the likes of Kim Kardashian, who launched her own breakthrough app, Kim Kardashian: Hollywood, in 2014. Just like we see Kim K in character format, Kevin was excited to see himself transformed into a playable cartoon; “…my body looks amazing!” Hart’s game differentiates itself by being family-centric, as the characters are comprised of his two children, Heaven and Hendrix, as well as his wife Eniko. Hart has worked closely with the app producers since 2016 to create a game that will have a universal appeal. Although this app involves kid characters, it is not limited to just kids, as is proved by its massive popularity among teens and young adults.

I’m sure even the over-65 demographic would enjoy it, considering how popular Candy Crush was with seniors. Hart is not one to merely slap his name on a product, since he curates his brand like no other in the industry. If Kevin gets involved in something, he is 100% dedicated. Kevin loves involving personal passions in his projects, and as anyone who follows him on Instagram knows, he is an avid runner and has intertwined this aspect of himself in the game. His greatest passion in life is his kids, and their reaction to the game has been nothing but a bonus for Kevin; “That’s me having an imprint in my kid’s life that they’ll never forget.”

With this game, I have found my current obsession, and I look forward to more from Kevin.

Gold Ambush With Kevin Hart is available to download for free in the iOS App Store now.