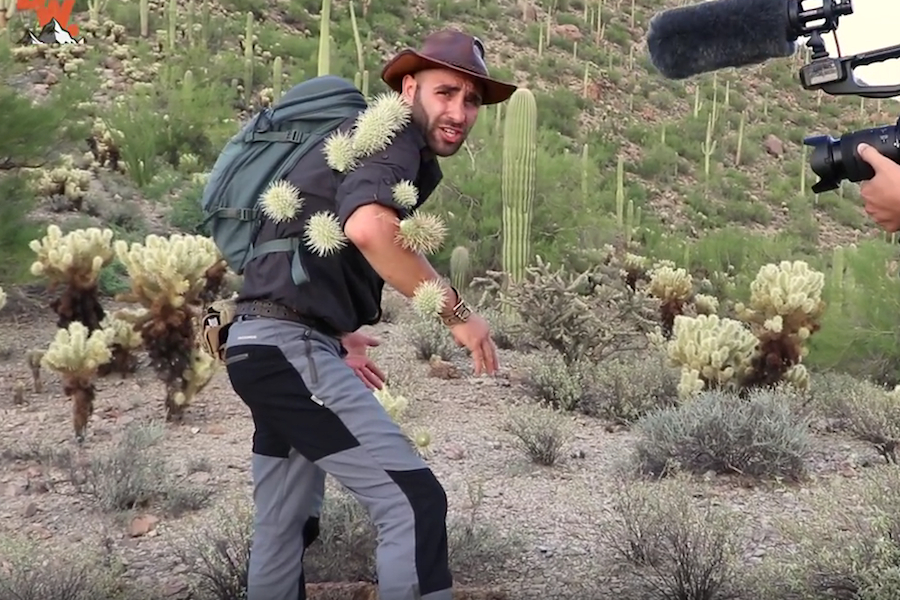 It always happened at first period. Once when I was in 4th grade, and a second time when I was in 7th grade. I was in Mrs. [Name Withheld]'s science class and she would pop on an old documentary about bugs. Somehow, watching and learning from the same tape (even in the earlier to mid-2000s, we couldn’t believe the VHS aspect either) in 4th grade was applicable in 7th grade. School and education are whatever anybody wants it to be, I guess. Either way, something that always caught my attention was a section about an ant called the Bullet Ant. The documentary said it had the most painful sting on the planet but the venom itself was not deadly, just hallucinatory (made for good times?). Then it went on to say that the U.S. government had locked the Bullet Ant away from the public for good.

Flash forward 10-15 years later, and I find out that the documentary got everything about the sting right but flat-out lied about U.S. government locking them away. They’re actually native to Costa Rica and not too hard find either, which is where Coyote Peterson of the Brave Wilderness YouTube channel stepped in to teach us about the Bullet Ant and get stung by it. Yup, the most painful sting in the world and this guy captured one and then forced it to sting him. He did not get stung by accident. Why did ol’ Coyote do this? Because that’s mainly what his YouTube channel is about -- capturing various insects and animals to make them bite him is his bread and butter. The world is his own playground of torture, and while this is very much like “Jackass”, it isn’t the nature spin-off “Wild Boyz”.

Coyote may seem crazy most of the time, but he also really cares about what he’s doing. The purpose of Brave Wilderness is to show the viewer what to do if they ever find themselves in a position where one of these creatures bites them. This makes it more documentary-style in the vein shows like “Survivor Man” than it is the shows about putting of one’s self in harm's way for entertainment, like in “Wild Boyz”. Coyote Peterson is certainly what you get in an age when wilderness show creators can make their own productions without the regulations of a network. The production value he puts in and the places he goes around America and South America gives the feeling of a much more legitimate production than most YouTube stuff. He hasn’t appeared to visit anything outside of those two continents, which is where the lack of budget probably comes into play, but he makes the most of his limitations.

Sometimes, when watching Brave Wilderness, I get the feeling that Coyote Peterson and his crew may have even pitched this concept to Discovery Channel or a channel like that. The thing about this show that sets it apart from other dangerous wilderness shows is the fact that nearly every episode features Coyote intentionally putting himself into immediate danger. The guy has straight-up had poison injected into system for the sake of the show. It’s entertaining to watch him writhe in pain, and some segments are specifically for that, like when he got bit by a snapping turtle and a tiny gator. You could easily just watch videos where he gets hurt, and if you do, that’s completely because it’s funny. Hidden through all of this “Jackass” level stuff, however, is actual information and things to learn, but seeing some dude put himself through pain for our mere amusement is so much better.

It brings up the fact that, in this day and age, entertainment is completely different than ever before. We’ve always liked seeing people get kicked in the crotch, but now it’s become something else. The “Jackass” crew really owned, but with how reality TV and YouTube stars (especially the prank ones) put up videos that seem real but could be fake, it’s hard to discern what’s real or not. Some people hate it. Some people love it. No matter what, though, many of these people making these videos put a lot on the line to travel through darkness to add enjoyment to our lives for something as small as 15 seconds sometimes. Is it worth it? Occasionally. When it comes to Coyote Peterson, however, it’s all of the time.

Enjoy his most painful sting to date below:

Just want to hear Coyote Peterson scream some more? Check out this video where he somehow falls into a cactus patch. He screams… a lot.