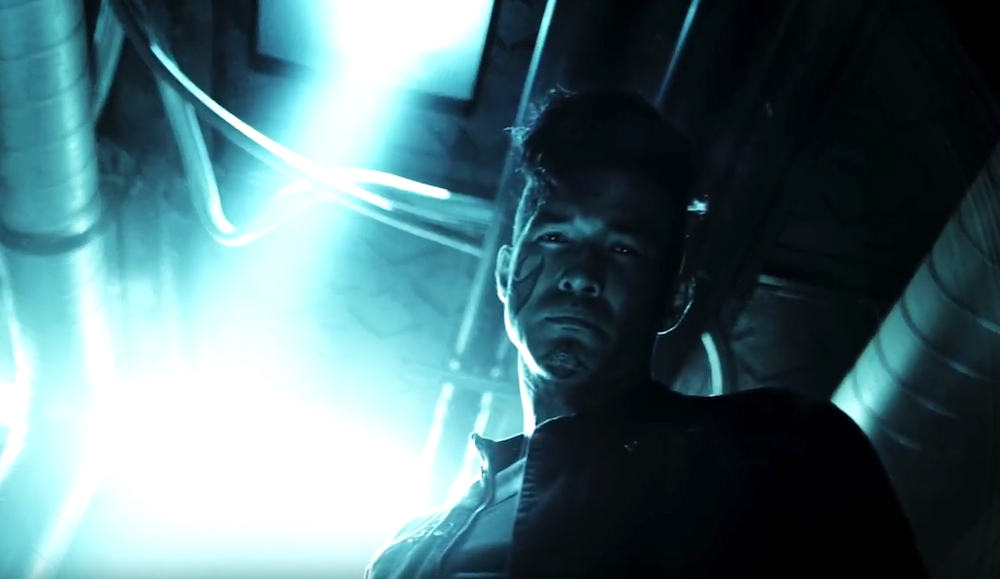 It seems new television is sprouting up at all times of the year now. The once thought to be unmarketable summer is seeing a surge in new award-winning programming, but would you be surprised if the winter brought some similar stuff as well? If you haven’t, then I can tell you it certainly has on the sci-fi front. Two new shows premiered right at the start of the year, and holy android are they good! (Note: Neither of them have any appearances of androids… yet!)

Although technically premiering in 2015 in mid-December, SyFy’s newest show “The Expanse” is based on a series of novels by the same name written by a couple of authors using the single moniker of James S. A. Corey (actually Daniel Abraham and Ty Franck) and is certainly a new treat for the year 2016. “The Expanse” takes place in a future where we have started to colonize our solar system. Earth is where the elite live and the UN is considered to control, Mars is controlled by the military, and the blue-collar folks live in different space stations in the asteroid belt on the outskirts of Mars. There’s a certain almost South African accent that the asteroid belt dwellers possess, and it is explained that the most valuable resources out there are water and air.

“The Expanse” takes a peek into three different stories across the solar system: One takes place on the asteroid belt where a cop is looking to find a missing girl. While going back to the belt where he grew up, as a viewer, you can see an uprising is in the works on the belt to try and overthrow the people of Earth. We also see a female leader on Earth capturing rebels coming from the belt, so you can guess whom the villain is. When you think we’re going to see what’s going on at Mars, you’re wrong. Instead we see a smuggler vessel in the deeper reaches of the galaxy on a mission. This part interests me the most, as it reminds me a bit of a show I really liked called “Firefly”. I can safely say that if you dig “Firefly”, you’ll probably be into “The Expanse”. Take a look at the trailer below:

If you liked what you saw above, then SyFy was nice enough to upload the first episode for free below!

MTV is even looking to get into the sci-fi genre, but leaning more towards fantasy, which is certainly a bold choice for a network known for reality television, but the success of "Teen Wolf" speaks for itself. Instead of going with their normal routine of shows MTV is looking to the past -- 1977-1985 in fact, by adapting a trilogy of novels called The Sword of Shannara Trilogy by Terry Brooks into a show called “The Shannara Chronicles”. (Fun fact: the books themselves do not take place in 1977-1985. That's just the span of time that the novels were published.) Considering Young Adult is all the rage these days, especially with MTV’s demographic, as well as the fact that even The Expanse books have only been published since 2011, it’s a very surprising move by MTV. So what are these books about?

The books themselves follow the story of a family known as the Ohmsfords. Originally, when Brooks wrote the first novel, he did not intend on it becoming a trilogy, but low and behold, it did. The first novel, entitled The Sword of Shannara, follows brothers Shea and Flick Ohmsford as they journey to find the sword of Shannnara to defeat an evil warlock threatening to destroy the kingdom known as the Four Lands. The next two novels, The Elfstones of Shannara and The Wishsong of Shannara, follows the descendants of Shea. Elfstones follows his grandson Wil, who must save an Elven nation from a horde of demons coming through a dimensional portal he must seal known as The Forbidding. Wishsong follows Wil’s children Jair and Brin to save the Four Lands from a dark magic hidden in a tome called the Ildatch, while using the magic of Wishsong that Brin was born with.

Even more surprising about this with MTV is that they aren’t even starting with the first novel. They’re going right to the most [email protected]$$-sounding of them all and has started off following Wil and his fight against The Forbidding. However, much like “Game of Thrones” adapting things from A Song of Ice and Fire, “The Shannara Chronicles” will be mixing plotlines around, so Wil will most likely stay being the main character and go through all the adventures of the trilogy as the hero. But why am I still writing about this? Check out the trailer below:

And if that got you excited, then MTV is trying one up SyFy by putting up the first two episodes on YouTube for free, below!

Finally, we’ve got a little bonus here. Sure, it’s one thing to adapt a series of sci-fi novels into a television series, but how about adapting an episode of television into a movie? A Netflix favorite of mine called “Black Mirror” is said to be doing just that. Before getting a third season going straight to Netflix, “Black Mirror” made a Christmas special in 2014 called “White Christmas” starring the mad man himself Jon Hamm. Being a special and all, it was a bit longer than the normal “Black Mirror” episodes and was divided up into several parts. As of now, production is still in talks for the film adaptation, and no word on if Hamm will star in it again, but it’d be interesting to see. I for one cannot remember a time when a single episode of television was adapted into a film. But if you would like to check out “White Christmas”, then take a look at the trailer below:

So much new television (and possibly new films) on the rise already this year! What can you do except watch them… NOW! Seriously, all of this stuff is on demand and I’ve given you links above if you don’t want to leave your laptop or tablet. Go check them out now!