TV FROM AROUND THE WORLD: "Release The Hounds" (U.K.) 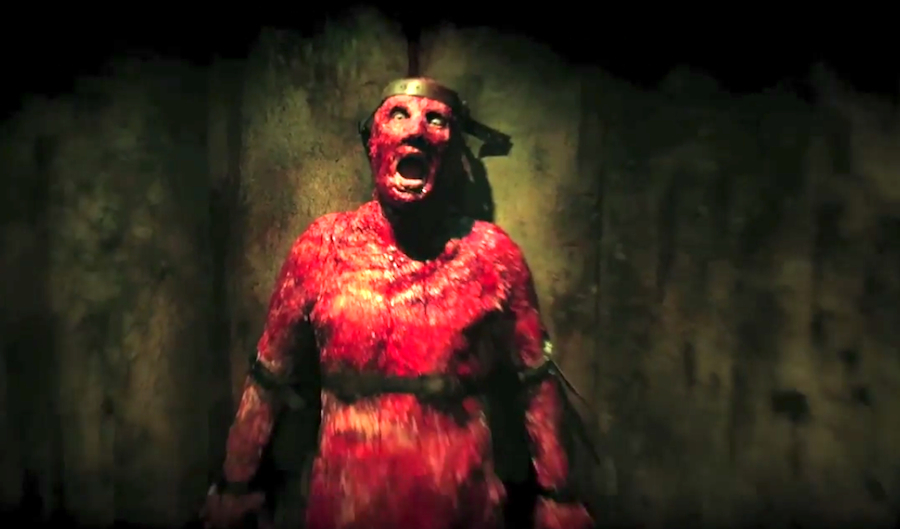 An oddball cross between “Fear Factor” and Animal Planet-gone-wrong, “Release the Hounds” is unbelievably goofy yet somehow the greatest show ever created. The actual premise of the show is, the owner of an abandoned English estate has hidden chests of money. However, the estate is haunted, and participants must undergo a series of “spooky” challenges to find keys to unlock the chests of money. Once they find the keys, they then find that the chests are guarded by a pack of angry hounds, which they must outrun to keep the money. They stuff the money in red backpacks and are given a headstart (depending on how well they did on the challenge) over the dogs. Then the dogs tear after them and Reggie watches on, grimacing and laughing as they run towards glorious freedom. The hounds never actually hurt people (participants on the show wear protective clothing and the dogs are trained to bite their red backpack, which has doggie treats inside), but it is filmed to look as though the dogs are tearing participants to smithereens. Take a look:

Although the participants outrunning the hounds is arguably the best part of the show, the challenges the participants face are also good fun. Watching people freak out over simple scares is oddly delightful, and makes me wish places like Universal Studios would film their Horror Nights reactions for our enjoyment. Until then, we have endless moments like these, which are undeniably hilarious. The challenges in “Release the Hounds” usually involve fake blood, creepy-crawlies, and people popping out at unsuspecting participants, so their reactions are somewhat warranted. But the best reactions also come from Reggie, who can’t help but laugh at these fools as they try to earn money:

The creme de la creme of the show is, of course, the runs. It’s fairly impressive to see people beat the hounds, hurling themselves over a wall and happily throwing their money around, but it’s even more fun to see runs that end like this:

There are three seasons of “Release the Hounds” on Netflix, and as the series goes on, the challenges become even more insane (they move to an abandoned estate in Eastern Europe, where apparently safety laws are far more lax and the challenges can be even more asinine). It’s the ideal show for a Halloween party, to laugh at with friends, or even to put on in the background while you tidy your house, but either way, it’s great fun.

And just to convince you to watch it, here is another moment of participants making a fool of themselves:

(Image via Release The Hounds/YouTube)