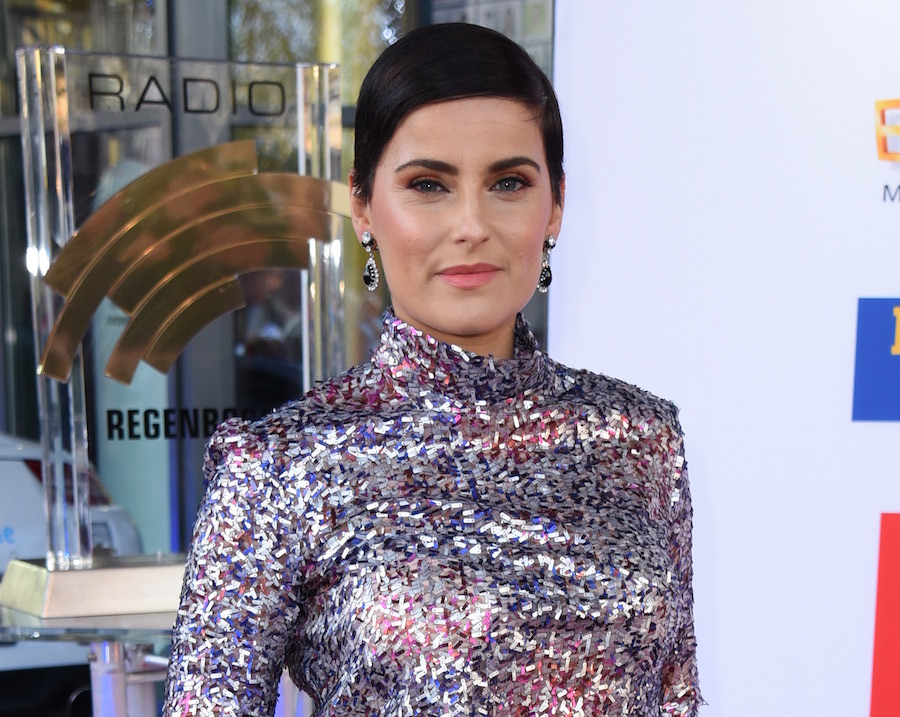 Like a bird, Nelly Furtado flew away and out of the spotlight, but now she’s back and better than ever. It seems like just yesterday Furtado burst onto the music scene, but it was actually 17 years ago(!!) when she released her debut album Whoa Nelly! Of course she’s released music since then, like her 2006 album entitled Loose that featured top hits like "Promiscuous" and "Maneater". Now, on March 31, Furtado released her highly-anticipated sixth studio album titled The Ride, featuring 12 brand new tracks that showcase the captivating Furtado sound coupled with a new vibe and intriguing style. Furtado is an ever-evolving artist that is full of pleasant surprises; this album is no exception.

So let's break it down track by track!

This song’s beat is catchy and has serious pop indie vibes. The way the music builds and then slows back down in between the chorus and verses is memorizing. Not to mention, the lyrics feature the kind of emotional honesty that makes it stand out. The music definitely matches the feel-good finality of moving on, and it’s empowering as heck. The cold hard truth is there is strength in moving on.

Favorite Lyric: “The cold hard truth is I can make it without you...”

"Flatline" features some seriously heavy metaphors and visuals in its theme, which centers on heartbreak and the crippling feeling it leaves you with, which sometimes means intense numbness. Furtado melodically describes this in the song using medical terminology to describe the enormous effect that her former lover has on her emotional well-being. The beat also mimics an actual heartbeat, adding a unique touch to the sound that seamlessly meshes with the lyrics and central message of the song.

Favorite Lyric: “I don’t feel nothing at all / Only you can make it right / C’mon you can save my life...”

Slowing it down a bit, "Carnival Games" is another indie-sounding ballad touching on themes of materialism, introspection, and the search for happiness. The song also showcases sincerely heartfelt lyrics and heartbreaking vocals. The carnival games metaphor is meant to depict an empty, meaningless win that ultimately will not bring you authentic happiness. Although the lyrics feel broad enough to describe other themes involving pseudo-rewarding games, such as in relationships or other aspects in life.

Favorite lyric: “I keep going round on this carousel / Because it spins me so well...”

This song is extremely wordy, which isn’t necessarily a bad thing, but often songs with fast-paced lyrics have you mindlessly dancing along to the fun beat and forgetting to pay attention to what the song is trying to say in it’s own loquacious way. "Live" is the kind of song that, lyrically, you are going to want to pay attention to. It’s poetic at times, and the message is identifiable: sometimes what you want is different from want you need, and that message is especially relevant when referring to a relationship.

Favorite lyric: “I love just like an animal / I dig in harder as you pull away...”

Often when Paris is mentioned in a song, there is a romantic vibe in one way or another, and this track is no exception. Paris is known as the most romantic city in the world, so starting off a musical story set there instantly places the listener in the romantic world that the songwriter is tying to convey. In “Paris Sun”, it seems the romance being described is ill-fated but still powerful despite its impending end. The lyrics and the tone are dreamy and surreal, perfect for describing a romantic relationship.

Favorite lyric: “Your collar pops in the latest style / I feel romance heavy in your smile / Is it just me or the Paris sun?”

I love any song that increasingly builds as it approaches the chorus, and this song effectively masters this musical technique. As you may have guessed from the name of the song, the central theme is the harrowing effect of words, especially in an argument. She describes the exchange of words as a battle and pleads for it to end. Not only is it a powerful message, but also its sound is exceptionally addictive.

Favorite lyric: “We don’t remember why were tearing us apart / But I can feel the cracks in my heart...”

I just realized when listening to this song who this sound reminds me of — Gwen Stefani. This vibe is really similar to Stefani’s more recent solo music in the best way. This song starts off slow, but the beat eventually kicks in, only adding to the magic (heheh, get it?) of the track. I’m all about the vibe and message of the song, and life’s struggles hardening the heart of a person you love and admire.

Favorite lyric: “Look what life’s done to you / You hear lies in everybody’s truth...”

Ah, "Pipe Dreams"... great online computer game, even better song. "Pipe Dreams" talks about the unattainable perfect relationship; it’s a fantasy. The song has trance-like vibes and a soft, dreamy tone, further adding to the idea that perfection is just a fanciful dream, whether in regards to a relationship or life in general. "Pipe Dreams" sounds like a lullaby and is definitely one of the slowest and most laidback tracks on the album, adding even more dimension to it as a whole.

Favorite lyric: “Don’t sell me no Pipe dreams / I want to feel the good and bad in everything...”

This song is similar in meaning to "Carnival Games", though the beat is a little faster and jagged. This song seems to perfectly fit Furtado’s own description of what the whole album is suppose to be. She described it as a hangover after the party, when you wake up and have to resume real life. This album is confronting and authentic, and this song is the perfect example of that. Furtado pleads for authenticity and honesty in this bouncy hit.

Favorite lyric: “We built palaces imagining everything we want but can’t have / Real life ain’t so fantastic...”

A beautiful and emotional song, "Tap Dancing" brings the feels hard. I love a good metaphor that beautifully conveys the meaning of the song, and that is what this song so eloquently does. It seemingly compares dance to the exhausting efforts of trying to please someone. What;s interesting about this song is, it's not a tap dance kind of song; it’s slow and moody rather than fast and bubbly. The artistry apparent in each track is truly impressive.

Favorite Lyric: “Let the curtain fall and face the ugly / I shouldn’t have to dance at all for you to love me...”

With a darker sound, this song describes resisting temptations and making an effort stay on the right road. The lyrics talk about an inner struggle between right and wrong, which I’m sure a lot of people can relate to in one way or another. The beat is fun and, combined with the dark imagery and uplifting chorus, offers a positive message. The broadness of the topic allows the song to mean different things to different people, which makes the track even more affecting.

A perfect track to close out the album, "Phoenix" offers a message of hope and rebirth. It is appropriately titled, considering the Phoenix is the mythological bird that dies and rises from its own ashes. The song features Furtado’s beautiful vocals so poignantly and comfortingly as she tells the listener it’s going to be all right. It’s haunting and effective in its tone and lyrics.

Favorite lyric: “It’s time to find your wings again and turn your face towards the sun / Some battles can’t be won...”

You can purchase the genius that is The Ride on ITunes now!