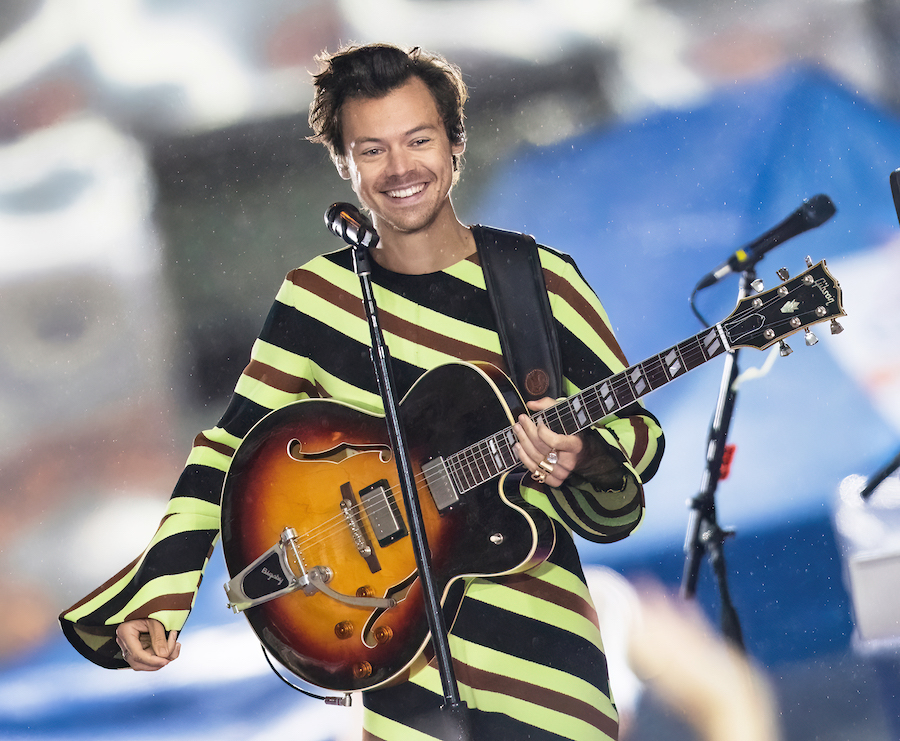 On May 20, 2022, Harry Styles finally released his highly-anticipated third album, Harry’s House. This album isn’t just your typical Summer album; it dives deeper into the emotions one can feel during the course of one’s life. Styles described this album as one that brings awareness that home isn’t just a physical location but rather a state of mind. So let's break down Harry’s House track by track!

1. "Music for a Sushi Restaurant"

This might just be the best album opener Harry has done so far. Styles uses a combination of instruments, such as the trumpets and the bass, to make this fun tune and it’ll definitely make you want to bust into a dance in your bedroom.

Favorite Lyrics: “Green eyes, fried rice / I could cook an egg on you...”

Styles first performed “Late Night Talking” during his headline appearance at Coachella last month and it became an instant hit with Harries! The crowd reacted with enthusiasm and it just proved that this song was a success, which was once again produced by Mr. Styles. The song goes on to detail how he can’t stop thinking about his new love interest and how they’re doing so much “Late Night Talking”. Styles toldZane Lowe that he collaborated with Kid Harpoon, who he has written many of songs with, and that this song was made during the first studio session.

Favorite Lyrics: “Wish I was around, I just wanna make you happier, baby / We’ve been doing all this late night talking...”

The first few seconds of the song is Styles whispering, “One..two..three...” and that is enough to capture everyone's attention. The song goes on to detail how Styles used red wine as a way to heal from a breakup and that “grapejuice blues” is a way to communicate through wine-drunk. Styles incorporates a mix of nostalgic sounds to make this tune sound vintage but still current. Harry’s voice can be heard to be far away, but this just demonstrates the contrast between judgement and a clear mind, which is a drunk versus sober state of mind.

Favorite Lyrics: “There’s never been someone who’s so perfect for me / But I got over it and I said / 'Give me something old and red'..."

Styles debuted "As It Was" to be the lead single for Harry’s House and that was a great decision on his part. The song broke many records, including Harry winning a Guiness World Record for obtaining the most streamed track on Spotify in less than 24 hours by a male performer. Styles incorporates a mix of '80s inspired tunes and this allowed him to produce the upbeat sound. Styles received around 16,103,849 streams during the first 24 hours of the debut and the numbers only keep getting higher from here.

According to fans across social media, “Daylight” has been said to have some of the best lyrics on the album. Styles toldHoward Stern during a recent interview that “Daylight” was born out a stream of consciousness and a recollection of him being in a relationship with a woman who decided to ignore Styles, which made him frustrated. The ending of “Daylight” might make you feel like you’re having a main character moment with the abrupt guitars and drums being played and Styles singing in the background.

Favorite Lyrics: “If I was a bluebird, I would fly to you / You’d be the spoon / Dip you in honey so I could be sticking to you..."

“Little Freak” could probably the closest song in style to One Direction’s newer songs. Styles owns up to his own jealously and apologies to the person, whom he offended. “Little Freak” tells the story of Styles becoming close with an individual but then realizing that he has some guilt that he needs to dispose. “Little Freak” is inspired by previous tracks such as “Fine Line”, “Cherry”, and “To Be So Lonely”.

Favorite Lyrics: “I’m not worried about where you are / Or who you will go home to / I’m just thinking about you..."

This song was inspired by a real person, who disclosed personal information to Styles. Harry wrote this song in honor of her story and how they’re closely intertwined with the story of Matilda, a character that was created by author Roald Dahl and then was later made into a successful movie -- Matilda is a super-gifted small child who is mistreated from her family members. “Matilda” just feels like a warm hug to your childhood self.

Favorite Lyrics: “You can throw a party full of everyone you know / And not invite your family, ‘cause they never showed you love / Don’t have to be sorry for leaving and growing up..."

Styles is captivated by his partner and how they go on about their daily life. Styles said that he wrote “Cinema” while on the treadmill and described how he wanted to do something that “felt really fun”. This song could also be a nod to his films that he’s starred in or is going to star in. Styles has been linked to actress and director Olivia Wilde, whom this song could be about. They have been romantically involved with each other since the filming of her upcoming movie Don’t Worry Darling in 2020.

“Daydreaming” will have you jump out of your seat and get you dancing! Styles used a sample from Brothers Johnson’s 1978 classic “Ain’t We Funkin’ Now” to intensify the soul-inspired tune. “Daydreaming” is a fun song that’ll make you want to stand on your feet and become the center of attention!

Favorite Lyrics: “‘Cause baby, loving you is the real thing / It just feels right / When you give me all of your love, give me something to dream about..."

“Keep Driving” is one of the shortest tracks on Harry’s House, but Styles still does a good job of providing that easy-feeling, relaxed vibe. Styles supplies a variety of vivid imagery, such as the opening of the song, “Black and white film / Camera, yellow sunglasses / Ashtray, swimming pool..."

It’s safe to say that “Satellite” has become a fan favorite and even might be one of Styles’s favorites on the album too. “Satellite” might sound like a sad tune at first, but it proves to be upbeat at around the one-minute mark based off the drums. This song is filled with dopamine-inducing moments, and the ending should be enough to prove it!

Favorite Lyrics: "Spinnin’ out, waitin’ for ya to pull me in..."

Styles also debuted this song during his headlining Coachella performance and it immediately made everyone with boyfriends, past and present, feel seen. “Boyfriends” is the acoustic, slow song on the album and will make you feel relaxed as soon as you hear his voice. This song describes how boyfriends can take you for granted and will make you feel poorly about yourself based on their actions.

Favorite Lyrics: “Boyfriends, they think you’re so easy / They take you for granted / They just don’t know, they’re just misunderstanding..."

Styles told Zane Lowe that he “always wanted to make a song about home and loving England” but found it difficult because he didn’t want to incorporate the “silly specifics”. To many listeners, this might just sound like the typical breakup ballad, but it’s more than just that. The homesickness that he is feeling is in replacement with lovesickness. “Love Of My Life” is the perfect album closer for Harry’s House because it displays his growing love for home.

What are your favorite tracks from Harry's House?