TRACK BY TRACK: HAIM's 'Something To Tell You' 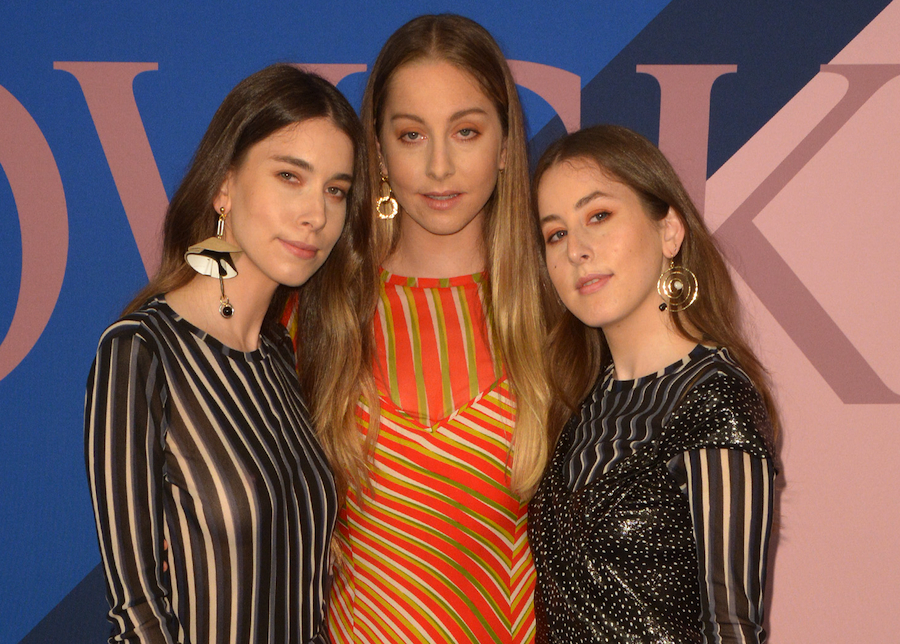 Nearly four years in the making, HAIM is back with their second full-length album, Something To Tell You. After major success with their first record, Days Are Gone, and tours with acts like Taylor Swift and Florence + The Machine, the sister trio earned quite a spot in not only their alternative music genre, but the music world as a whole.

With their cool girl vibes, killer melodies, and ‘80s pop-rock style, HAIM is the girl group to end all girl groups. The long-awaited and highly anticipated arrival of their sophomore album proves to be 100 percent worth it. The girls don’t lack any emotion – be it heartache, happiness, or head-over-heels in love – and their authenticity and unique musical abilities remain unmatched. Whether it’s realizing that mistake in the relationship might have been your fault, to knowing when it’s time to walk away, Este, Danielle, and Alana Haim know exactly how to break the news and tell a story through song. The album is beautiful, gut-wrenching at moments, and continuously full of soul. Ultimately, HAIM has Something To Tell You and you should really listen up.

Check out a breakdown of Something To Tell You below!

“Want You Back” has served as the fuel to this new album’s fire. As the album’s first single, this track is packed with the same power and excitement that we saw from HAIM’s work on their previous album with songs like “The Wire” or “Forever”. It’s the perfect song to kick-off this album – its upbeat tempo can get you dancing almost immediately. “Want You Back” is exactly what it sounds like: lingering feelings of love and nostalgia after a premature break-up and the often-undesirable admittance of wrongdoing. This is an obvious fan-favorite and there’s no denying it!

Favorite Lyrics: “I’ll take the fall and the fault in us / I’ll give you all the love I never gave before I left you / Just know that I want you back...”

Track number two strikes a much different chord than that of the first. Instead of admitting their faults, they are pointing them out in the significant other in question. There is evident confusion happening in this particular relationship scenario – one member thinks everything is sunshine and rainbows, while the other is questioning the importance and significance of their status discreetly. “Nothing’s Wrong” is a mix of folk-rock sounds with heavy synth hitting mid-way through, creating an interesting listening dynamic that might have you just as confused as HAIM is...

Favorite Lyrics: “I was so foolish / I was so blind / Why do we do this to each other, baby? / Heartbreak by design...”

This tune is a hit if we’ve ever heard one -- classic HAIM sounds mixed with their radiant lyricism. “Little Of Your Love” is a total jam. Between the electric guitar and perfect harmonies, you’ll be clapping right along with them in the end. Sometimes love isn’t so hard and it doesn’t require all of the thought; just being with the other person and sharing time. The Haim sisters really did it with this one! Love is easy and this song is great.

Favorite Lyrics: “Don’t it feel like that night was from a dream? / I’ve never felt nothing like that / Looking at you, looking right back...”

Timing is everything. “Ready For You” is all about being with the right person at the right time. The sisters go through a series of events in the song – a bad break-up leading to one-night stands, to realizing the person they were looking for and needed was right there all along – to come to the conclusion that everything happens for a reason. It’s an encouraging and energetic testament to waiting for the right thing to come along. The perfect thing will come if you keep the faith!

Favorite Lyrics: “There won’t be another day / I’ll let you get away / I’ll keep calling ‘til your guard comes down / ‘Cause I wanna keep you around...”

The title track is heartache in the form of really eloquently pieced together lyrics. The words “I have something to tell you” are almost always tied to something big, whether it’s bad news or good news; nerves are most definitely pricked. In this case, “Something To Tell You” means having to be the person to break the silence in a relationship and face the truth that it’s just not working out. HAIM battles with the decision throughout the song, because, maybe, if they don’t say anything, they’ll stay together forever (even if that means sacrificing happiness).

Favorite Lyrics: “’Cause I got something to tell you / But I don’t know why / It’s so hard to let you know that we’re not seeing eye to eye...”

As if you didn’t already feel all of the feels in track five, HAIM gives us “You Never Knew” to really let you wallow around in those heartbreaking, tear-inducing feelings. The beginning folk vibe makes it seem like one of the saddest country-rock ballads you’ll ever hear. This song begs for the confession of a significant other to share their true feelings about their relationship. Crushed, HAIM shares that (in contrast to “Want You Back”) they did nothing but love and appreciate said person. But, as fate would have it, they should have known things would go awry, because he never knew what was good for him anyways.

Favorite Lyrics: “I need to hear you say it / Was my love too much for you to take?”

I’m afraid this might end up being the most underestimated song on the album, because it is so dang good but so buried in the emotion from the other tracks. “Kept Me Crying” sounds like anything but sadness -- instead, it echoes frustration. The crying is over, now they’re just begging for the heart and mind games to be left in the dust. It doesn’t seem fair that the same person, who can make you cry over and over, also gets to call you up all the time and continue to mess with your emotions. Preach, HAIM!

Favorite Lyrics: “So don’t call me up just to tell me you don’t love me anymore / Still it wrecks me ‘cause I was you lover / I was your friend / Now I’m only just someone you call when it’s late enough to forget...”

Ever heard the phrase “actions speak louder than words”? HAIM puts that phrase into song form with “Found It In Silence”. When you think you’ve found a relationship worth having, it’s important to first witness what happens when nothing happens at all. In this case, all of the truth came out in the quietest moments – there was someone else in the picture and secrets were rampant. Love it and leave it, sisters!

Favorite Lyrics: “Both of us holding back / But you’re the most guilty of that / Someone else on your mind, all this time / I was right, wasn’t I?”

At this point in the album, it seems that the HAIM girls have gotten really good at walking out of toxic relationships. There is only so much time to give someone to come to their senses and fix themselves. When that times runs out, it’s time to throw in the towel. But we’ll never throw in the towel on this talented trio! HAIM proves just how talented they are at stretching their voices to reach such incredible notes in this tune. “Walking Away” is impossible to imitate while singing along, but that won’t keep you away from listening to it on repeat!

Favorite Lyrics: “You don’t wanna talk, don’t wanna work it out / If you were gonna face it, you would’ve by now...”

Being in a relationship with someone who only takes and doesn’t give anything in return can really drain you down to nothing. “Right Now” portrays this feeling in the most electrifying way. It’s strangely inspirational for being a sad tune about heartbreak and betrayal, but it can definitely give you the confidence to say goodbye to anyone or thing that is weighing you down right now. Let the Haim sisters' angelic melodies, the harrowing sound of the piano, and the drum beat sync to the sound of your heart and sum up your thoughts if you’re ever in a bad relationship. They really do handle it best.

Favorite Lyrics: “I gave you my love, thought I could trust you / You let me down at every turn / You had me hanging on a dream you never believed...”

It seems fitting that the last song on the album features the word “goodbye” in multitude. The shortest track on Something To Tell You, “Night So Long” wraps things up in a rather somber manner. In the very vocal-dominated tune, love and a night of heartbreak come to an end where darkness and loneliness ensue. The final song seems ironic, though – the bright journey in store for these sisters has no end in sight.

Which new HAIM song is your favorite?

Something To Tell You is available for your listening pleasure everywhere music is sold and streamed!