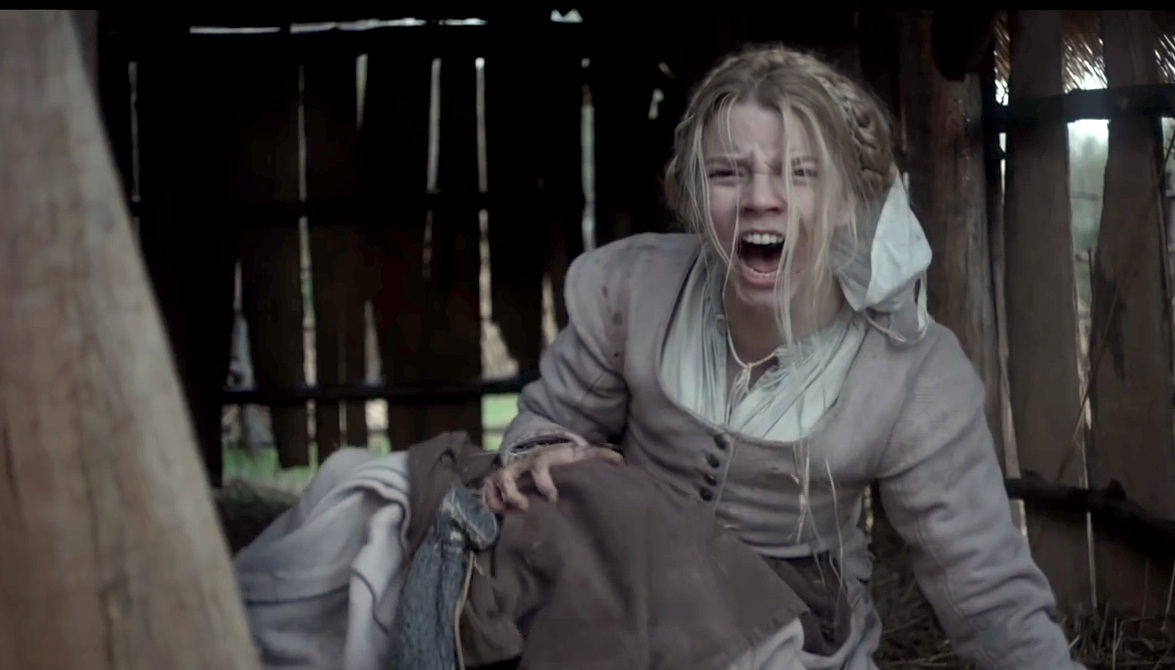 There has been an awakening. Have you felt it? And no, I’m not speaking of the shiny new Star Wars movie that is on the horizon (although if you pay attention to the trailer below you, will recognize the voice of Ralph Ineson AKA everyone’s favorite eviscerated Sith, Darth Maul). No, instead I speak ofThe Witch, a terrifying-looking film that recently debuted at the the Cannes Film Festival and whose presence scared up a Grand Jury nomination as well as a Best Director award forRobert Eggers, who also wrote the film as well. What is the film about? Well... there’s this witch and... yeah.

As a card-carrying member of the International Order of Horror Fans (I used to be the IOHF’s Treasurer), I can tell you that I am pleased as punch that the world is being gifted what looks to be another superior entry into the horror genre. The first thing that strikes me about the film is the inescapable feeling of isolation that blankets the trailer like new fallen snow. Being cut off from the rest of the world (whether physically or mentally) has long since been the catalyst for countless scary stories (The Shiningbeing a notable example), and ironically it is a fear that unifies most of us, as we all crave the attention of other people, or, at the very least, the opportunity to interact with them. Being isolated from the rest of the humanity for great lengths of time is a feeling that is as alien and frightening to most of us as a witch living in the forest might be to a family of Puritans who have cast away from the shores of society to make a new life for themselves.

Folktales and myths were brought into creation to act as soothing balms for mankind’s almost painful fear of what it doesn’t understand, although some of those balms have come to hurt more than heal over the years. What we see in this trailer is a family slowly coming apart at the seams thanks to what looks to be an evil and pitiful looking creature in the woods that may or may not have supernatural gifts. Is it a witch who is responsible for this family’s torment, or is their newfound sorrow born of the intense need to understand the huge and empty world that has become their new home? My money is on the witch angle, although I once predicted that a film about a rock monster and a guy named Doom would shine at the box office, so perhaps I should suppress any further wagers until I have actually seen the movie.

The Witch will haunt theaters in the wilderness of 2016. I urge you not to fear the coming of this movie (although you should because it looks friggin' scary as hell) but to embrace it, as the world needs more competently made horror. Oh, and there’s a scary witch standing right behind you and or hiding behind your bathroom door. Good luck with that and I’ll see you at the theater.