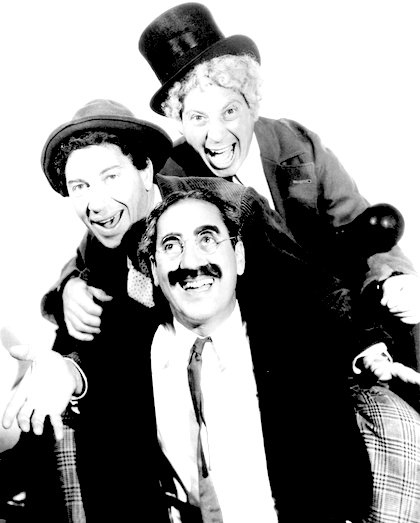 Welcome to The Suggestion Box. This series is something of a departure from my Recasting the Classics series, where I merely have some hypothetical fun, and in no way would I ever want Hollywood to actually do any of the things that I suggest. The Suggestion Box, however, is the polar opposite of RTC because I really really really want some Hollywood bigwigs to pay attention to it. In each edition, I will make a case for a specific type of film to either get made, remade, or not made at all. This series of articles is not limited to movies and could easily apply to television as well. Still with me? Good, then let’s kick things off with my first suggestion.

On June 5th, my lovely friend and YH editor-in-chief, Katie Marzullo, posted the first official photo from the BBC’S latest offering, Burton & Taylor. I myself am looking forward to this latest attempt to delve into the lives of one of Hollywood’s most famous couples. It’s nice to see thatHelena Bonham Carter has temporarily escaped the clutches of Tim Burton’s makeup department, and after seeing his performance in The Wire, I’ll watchDominic West in pretty much anything. Well... maybe not Baby’s Day Out 2: The Christening, soalmost anything.

In the land of film, biopics are as common of a sight as tiny castles are when one goes aquarium shopping. The good biopics are able to give you some insight about the film’s subject while still telling a decent and coherent story. The bad ones usually feature Lindsay Lohan. If you’ve never read any of my Recasting The Classics articles, then allow me to inform you that I’m something of a fan when it comes to Old Hollywood movies. Over time, I have developed respect and admiration for many of the stars of yesteryear, but in the end, it is a group of comedians known asThe Marx Brothers which are closest to my heart (and should be close to yours too!). So, why hasn’t there been a film made about them? I honestly can’t believe that so many years have passed without there ever having been a movie about these geniuses. So, who were The Marx Brothers, and why has Hollywood shied away from exploiting them like they have so many other past celebrities? Let’s explore.

The Marx Brothers were a comedy team consisting of four brothers,Groucho, Chico,Harpo, and Zeppo (not their real names, fyi). From 1929 to around 1937, the brothers ruled the world of comedy with films such as Animal Crackers, Monkey Business, A Night at the Opera, and A Day at the Races. While Zeppo Marx only played the straight man in their first 5 films before leaving the group, the other three brothers had distinct personalities that made them hilarious as individuals but truly ingeneious as a group. Harpo was the silent and insane one who chased women, destroyed or ate private property for no particular reason, and played the harp like an angel from above; Chico was the schemeing Italian who made puns so awful that they were kind of brilliant, and he could also play the piano like no other person could. See the video below for an idea of just how funny Chico and Harpo could be (don't let the black and white scare you, children!):

And then there was Groucho. Groucho Marx was the funniest human being who ever lived. Seriously, comedy today would not exist the way it does without him. The man was a true genius and my personal idol. Nothing I write about him will ever truly do Groucho justice. So, check out the video below and see for yourself what this brilliant man had to offer the world of comedy:

So, again I ask, why hasn’t Hollywood jumped at the chance to make a film about these iconic figures? Well, I can’t speak for every movie mogul out there, but I imagine it has something to do with the fact that there are four of them. Each brother deserves his moment in the spotlight, and for that to happen, you’d either have to stretch your film pretty thin or make it into a five hour movie. Now,I personally would love to see a five-hour film about my favorite comedians, just as long as bathroom breaks are allowed. But I’m not entirely unrealistic, and I know that the market for an insanely long Marx Brothers movie is a small one indeed. So, what’s the solution? Miniseries! That’s right, folks, the lovely ladies and gentlemen that work at HBO, Showtime, or Netflix should get off their behinds and seriously consider making a 6-part miniseries based on the lives of these great men. The Three Stooges got their moments in the spotlight, so why shouldn’t the Marx Brothers?

I know what you’re thinking. When is he going to tell us who he thinks should play The Marx Brothers? Well, aside from the fact that I don’t have the foggiest clue, I find that the task of choosing people to play these comedic giants to be a bit intimidating. Sure, I had no problem slapping Liam Neeson into theHumphrey Bogart role in Casablanca, but The Marx Brothers are a bit different. I will say that if this movie was being made 10 years ago, then James Woods would’ve been the perfect person to play Groucho. But that boat has sailed on the endless waves of time, and now I’m stuck without a Groucho. Concurrently, Michael Cera would be an interesting choice for Harpo, but he might be too young as yet.

In the end, I am neither a casting agent or a film director. Hell, I’d barely qualify for the job of Key Grip. I am merely a humble film critic that is chasing the dream of seeing his favorite film comedians honored with a proper onscreen adaptation of their lives. So, take to the streets, my lovelies, occupy public parks, and write to your local Congressman. With our combined efforts and a little luck, the dream of a Marx Brothers biopic can be made a reality!