The "John Green Gang" Set to Adapt Another Hit YA Novel for Film! 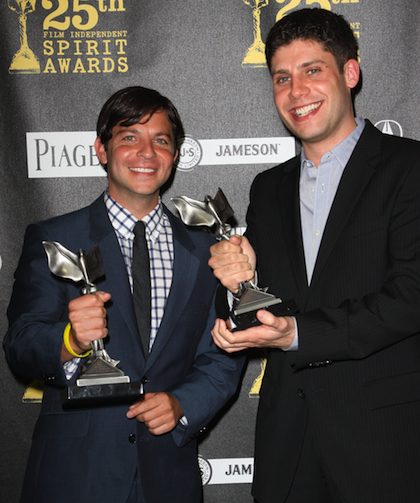 There just doesn’t seem to be any stopping Scott Neustadter and Michael H. Weber, the screenwriting duo behind the film adaptation of John Green’s hit novel, The Fault in Our Stars. After winning critical acclaim for their script, the pair went on to join producers Wyck Godfrey and Marty Bowen to adapt another of Green’s novels, Paper Towns, which will hit theaters this summer. Apparently that wasn’t enough John Green for them, though, because the team has reassembled to adapt yet another of his novels, Looking for Alaska.

Looking for Alaska was Green’s debut novel and actually may be one of his most underrated to boot. In proper Green fashion, it focuses on an awkward and endearing teen romance. The story focuses on Miles, a delightfully ungainly teenager, and the quirky romance he strikes up with the elusive Alaska while attending boarding school.

It’s not a surprise that this is the third John Green novel to be adapted into a film in the last few years. The heart-wrenching romance of two teenagers with cancer, The Fault in Our Stars, raked in a whopping $305.2 million worldwide. Part of the film’s success was due to Green’s input in the film, and it’s likely that he will be just as involved with Looking for Alaska as well.

Neustadter and Weber aren’t just the go-to guys for adaptations of Green’s novels, though; they are slowly becoming the go-to-team to adapt hot YA novels, period. They also penned the script for The Spectacular Now, another teenage love drama that focuses on a teenage boy who falls for the sweet girl-next-door (the only caveat is that he’s an alcoholic). The film was a favorite among critics and helped star Miles Teller demonstrate his acting chops. In addition to the script for Looking for Alaska, the pair is writing the adaptation of the comedic novel, Where’d you go, Bernadette?, which focuses on quirky Seattle-ite, Bernadette, and her desire to be free. If you want a script based on a hit book to be a success, all you need to do is call Neustadter and Weber!

Are you excited to see the film adaptations of these books?