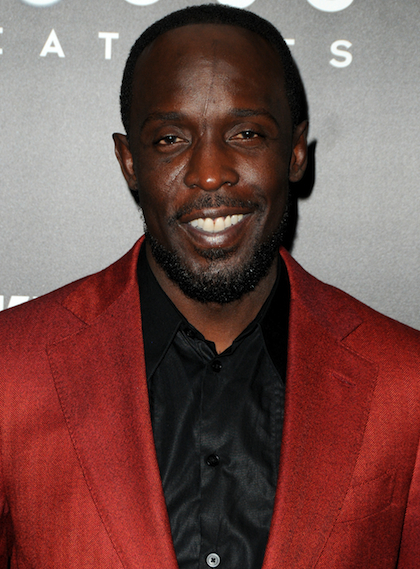 The new satire will follow the story of a down-and-out ‘50s-era jazz pianist who gets stuck in a jam. He previously had a tumultuous on-again, off-again relationship with his band’s former lead singer, but when her clearly-murdered, fresh corpse is found near another man’s dead body (which brings about a motive for a scorned lover), this jazz pianist embarks on a 72-hour journey to clear his name before being sent to fry in the electric chair.

Who is playing this jazz pianist? How about one of my favorite actors, Michael Kenneth Williams, who is known mainly for his work on HBO’s “The Wire” as fan favorite Omar Little? He has had plenty of other roles on his resumé too, including another HBO show called “Broadwalk Empire” as a 1920s oppressed-but-ain’t-gonna-take-it gangster named Albert “Chalky” White. Despite being mainly known for his dramatic acting, he has also ventured into comedy. Earlier this year, MKW was featured in a comedic role in Inherent Vice. He’s also been on shows like “Aqua Teen Hunger Force”, has a recurring role in Season 3 of “Community”, and has been on “Human Giant”, which helped launch the careers of Rob Huebel, Paul Scheer, and Aziz Ansari.

Check out our YH Studio interview with MKW below!

I’m very excited to see MKW play this lead role in the upcoming “The Spoils Before Dying”. The man has got a lot of range, but the exciting casting news doesn't stop there. Like “The Spoils of Babylon” before it, the fictional artist behind this miniseries is none other than Ferrell’s severely alcoholic author Eric Jonrosh. He brought a lot to the first season. In fact, let’s check out some of what Jonrosh had to say about “The Spoils of Babylon”:

Check out “The Spoils of Babylon”, streaming on Netflix right now!