The Evolution of Veronica Lodge 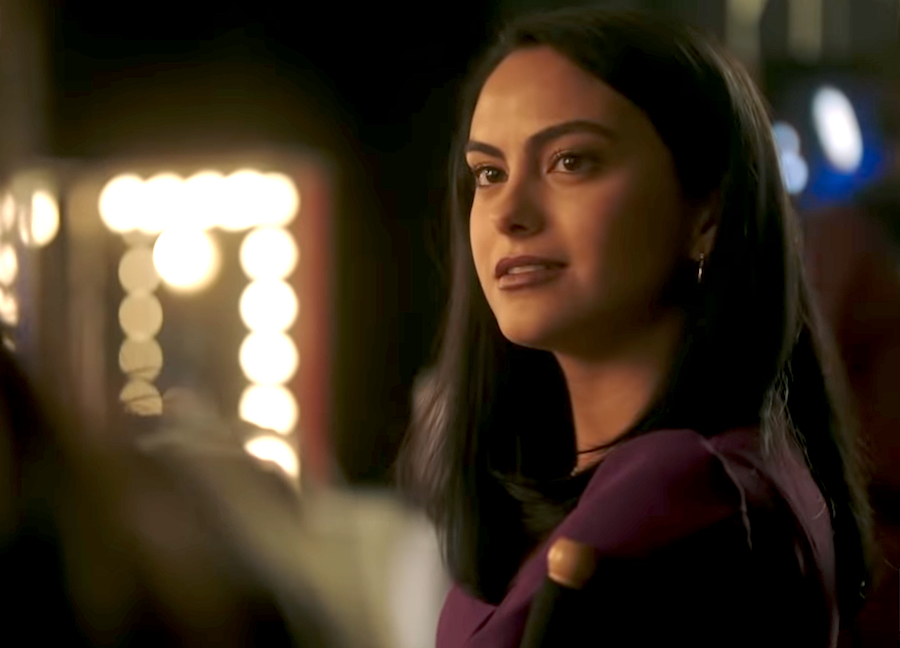 While many of "Riverdale"’s characters have had their own memorable character arcs and developments throughout the series, Veronica Lodge’s evolution from the pilot to Season 5 deserves to be highlighted!

We got to know the raven-haired ice princess, played by Camila Mendes, at a time when she was trying to leave her spoiled and rich New York ways behind her. She was determined to revamp herself and be a good person in her new town and new life. While this was unfamiliar territory for her, it came more naturally than expected as we saw her transform into one of the most selfless characters on the show.

She has proven in more ways than one that she will not just be defined by her last name; being in Riverdale taught her how to love, a concept she never truly understood growing up due to her upbringing. Unlike her parents, Veronica doesn’t have ulterior motives when helping others, always giving whatever she can to help those who need it when she has the means to, whether that is financially or her time and effort; this has been shown episode after episode.

i took this right before leaving for my riverdale audition ?

Through Veronica, Camila Mendes has delivered some incredible performances, ones that will break your heart or leave you on the edge of your seat, wanting to see more from the actress. Most recently, she broke hearts in Season 5's premiere episode, “Chapter Seventy-Seven: Climax”. She masters emotional material so well, and since Veronica isn’t usually an emotional character, Mendes’s performances in those scenes always hit close to home. She made audiences fall in love with the character from Day One and has them still rooting for her five seasons later.

Veronica is also a very important character when it comes to representation on the show, with Mendes being part of the Latinx community and her character being the only core four member to be a PoC. Seeing Veronica on screen, being a boss and successful businesswoman rather than the weak link in the group, is essential. Having a strong female of color as a lead is needed in today’s entertainment, and we want to see more of it.

Outside of "Riverdale", Mendes is killing it with her other projects such as Dangerous Lies, Coyote Lake, Palm Springs, and so much more. Females need more characters like Veronica in order to feel seen on their screens.

Throughout the series, Veronica has also developed some really beautiful relationships with each character on the show. Fans have fallen in love with the relationship between her and Archie Andrews (KJ Apa), who is the one that taught her how to love and how to accept love. Many wanted to see her relationship with Reggie Mantle (Charles Melton) further explored, loving their dynamic duo connection. The iconic B&V relationship is also in swing with some of the most memorable moments, including when Veronica drank poison in order to save her BFF's (Lili Reinhart) life. Plenty are dying to see more of her friendship with Jughead Jones (Cole Sprouse), who has so many in-depth similarities to her character, which has been mentioned in some of their rare moments. Of course, fans love the trio that is Veronica, Cheryl Blossom (Madelaine Petsch), and Toni Topaz (Vanessa Morgan). Veronica and Cheryl have teamed up numerous times throughout the show, and each time fans want more and more. Her friendship with Toni was instantly loved by fans, and everyone remembers that fun duet between the pair. The three of them together are just too powerful for any show, but that won’t stop us from begging for more.

Veronica’s current Sseason 5 storyline offers so much depth and potential for the character. She is the only character that was married after the 7 year time jump, and while many details are fuzzy in terms of how she got there, we do know that she was considered the “She-Wolf of Wall Street” and was in a very serious accident with her (soon to be ex-)husband, Chad (Chris Mason). When we caught up with her, she was struggling with his attempts to make her a stay-at-home mom, not liking that his wife was more powerful than he was. This relationship is an obvious parallel to her parents’ marriage, and the potential here for her to break the toxic cycle and get her deserved happy ending is in the works, as she just told Archie that they are getting a divorce.

We have only scratched the surface with her storyline, but we see that being back in Riverdale after all this time was truly her wake-up call from the nightmare life she’s been trapped in back in New York, reminding her that she deserves better. She has now sent her husband back to New York a second time for good, the first time being so she could figure out what she needed.

The truth is, a man isn’t Veronica’s key to happiness and never will be. The right man will accept her ambitiousness and support it rather than try to control it, but being true to herself is the key to her happiness.