The Best Live-Action Movie Musicals of All Time, Ranked! 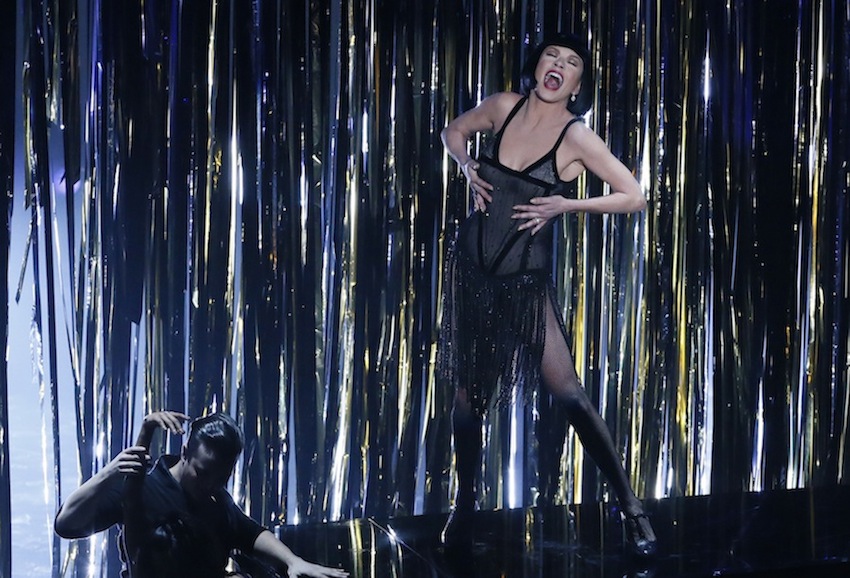 Y’ALL. These casting announcements for the Cats live-action movie musical have gotten me SO excited for this new movie (even though it won’t come out for quite some time). So far, we’ve heard that Idris Elba, Jennifer Hudson, Taylor Swift, James Corden, and Ian McKellen have all signed on to be a part of the film. What a stellar cast already! And it really got me thinking… dang. I really love movie musicals. Like, so much, it’s embarrassing. I am constantly singing in my day to day life and people probably look at me like a weirdo. REGARDLESS, because of this, I thought I’d rank some of my favorites and talk about them.

Okay, let me be clear. I LOVE all the musicals on this list. Just because something is lower down on the list doesn’t mean I think it sucks or that it’s a bad movie! These are just a list of my absolute favorites, with maybe some commentary if there was something I didn’t particularly like about it. I also probably left out at LEAST 5 to 10 movies on this list, so apologies in advance. AND, on top of that, I’m leaving animated movie musicals out of this, because then the list would be WAY too long. I could talk about Disney musicals forever.

On that note (ha, get it?), here are some of the best movie musicals, with my own special ranking. Enjoy!

A lot of people hate on Grease for the messages it spreads (change everything about yourself to get someone to like you). And I totally get it. Always be true to you and never change yourself for someone else. HOWEVER, I’ve known the entire soundtrack since I was maybe 5 years old, it always makes me feel better when I’m sick, I’ll never get sick of it. Catch me singing “There Are Worse Things I Could Do” in the shower at least once a week.

My favorite RECENT movie musical, this is an EXPERTLY cast movie. I couldn’t ask for better casting, truly. Meryl Streep as the Witch is EVERYTHING. It’s every fairytale you grew up loving, all tied into one perfect musical about how “Happily Ever After” doesn’t always exist and isn’t always the end of the story. True fact: I once had the entire Prologue memorized (it’s 14 minutes long). Honestly… I still might. “Once upon a time, in a far off kingdom, there lay a small village at the edge of the woods…”

Another musical with Meryl Streep!!! Hop on the ABBA train, everyone. If you don’t like at least one ABBA song, we can’t be friends. They have so many bops! And these performances are SO fun. It’s energetic, lively, has a great story with fun and unique characters, and I love it. I saw the sequel this summer and the whole theatre just danced and sang the whole time. The first movie definitely beats out the second in my opinion, but I love them both very much.

Music by legends Pasek & Paul (who wrote music for La La Land and Tony Award-winning musical Dear Evan Hansen), they truly capture so much emotion, liveliness, and heart in these songs. There’s something for everyone on this soundtrack. Whether you’re a daydreamer belting out “A Million Dreams” or doing a sassy duet to “The Other Side” with your BFF, this music slays. AND amazing choreography. Not to mention, Hugh Jackman, Zendaya, Zac Efron, and Keala Settle truly shine SO bright and show off so much talent!

Just the cinematography in this film gives me ALL the chills. It was all captured so well. Obviously, I grew up loving the animated version. AND I grew up loving Emma Watson, so stick the two together, and I’m a happy camper. I think Emma is a better singer than most take her for. She trained hard for this role and I think in the end they MAY have edited her voice too much where it doesn’t sound enough like her. Nonetheless, one of my favorites. “Be Our Guest” was iconic, and we got to see a lot of moments and songs in this one that weren’t present in the animated version, which I think made it so special and really made it it’s own movie.

I remember the first time I ever saw The Sound of Music. I was in 6th grade, I had only seen parts of the film, but I went to go see the performance of it that was happening at my high school. I was in awe. Looking back, it was probably just a mediocre high school production, but 6th grade-me was AWED. I went home that night, took out my little keyboard, and taught myself the melody to the title song. I didn’t go to bed until maybe 3AM that night. 12-year-old-me was wild. This film just brings back a lot of nostalgia, and also has some cool (but also kinda scary) history in it! And, can’t go wrong with Julie Andrews.

Like Grease, this is a film I’ve known the whole soundtrack for since I was probably 5 years old. I will always get goosebumps watching it. It mesmerized me growing up, I always wanted the chance to go to Oz! Judy Garland’s voice is amazing, the songs are fun, the characters are great, I could go on.

Essentially a revamped, modern Grease... Maybe that’s why I love it so much? Also, feel free to fight me on this ranking! I will stand by the fact that the last HSM is the BEST of the 3, and that the second one isn’t as good as everyone says it is (though it is my mom’s favorite because of “I Don’t Dance”). For a while, HSM 3 was one of the only GOOD movies we had on my DVR that somehow never got deleted, so it was one of my go-to movies whenever I was in a bad mood. The trilogy itself is amazing and the HSM era is truly a moment in time I will never forget. Once a wildcat, always a wildcat.

Okay, I was a Jonas Brothers SUPER FAN growing up. And I’ll always have mad love for Demi Lovato. I remember wanting to have my Mitchie moment and sing “This is Me” in front of everyone to finally get over my stage fright, but, sigh, that never happened. Also, “Too Cool” is one of the best DCOM songs from an antagonist ever. Tess has nothing on Sharpay, but “Too Cool” is a bop. I also really enjoyed the plot of Camp Rock 2. Super fun, great songs, great all around. “It’s On” was A GREAT dance number.

I will fight for these films. I’ll admit, I was intrigued by the plot of Descendants when it was first being released. I was a little too old for Disney Channel at that point in my life, but I loved the idea of a story based on the kids of Disney Villains, so I watched. And I fell in love. Great stories, perfect choices for the villain kids highlighted, amazing casting. Kenny Ortega put in WORK on this film, and angel-on-earth Dove Cameron just continues to prove she can do it all. Plus, Kristin Chenoweth plays Maleficent. HELLO? Amazing. Descendants 2 wins the overall ranking of these two just on the sole fact that the song “Chillin’ Like a Villain” is AMAZING. And the addition of China Anne McClain to the cast was a gift to us all.

I have always loved this film. And after seeing the musical on Broadway, I watched the movie all the time because I just became so enamored by it. I even memorized how to spell Supercalifragilisticexpialidocious. I spelled that all from memory. It’s my party trick. And once again, you can NEVER go wrong with Julie Andrews. Or Dick Van Dyke.

“Cell Block Tango” alone makes this film phenomenal. Great songs, truly wonderful casting, funny moments, scary moments, moments of sadness and heartbreak. It has it all. Not to mention the CHOREOGRAPHY. UGH. I do love this film a lot. If you’ve never watched it, it’s on Netflix and it’s a must-see for sure. There's a very good reason it won the Oscar for Best Picture.

I REALLY love Les Mis, but it makes me so sad!!! It’s one of those movies that I’ll watch it when I’m already really sad and I want to watch a sad movie so I can cry it all out. The music is some of the most beautiful from any movie-musical. Triumph and heartbreak, falling in love and falling apart, every moment and emotion is packed into this film. Because I only really watch it when I’m sad (and because it’s a VERY long film), it gets this spot on the lower half of the list.

I didn’t really know much about West Side Story until I was in a production of it. I had seen the movie once but I didn’t remember much of it. Once I watched it again as an adult, I fell in love. It’s an amazing and tragic love story, with BEAUTIFUL music. It has its fun and silly songs (“America”, “Jet Song”, “Gee, Officer Krupke”, etc), but it also has songs that are RELATABLE and will absolutely crush your heart (“One Hand, One Heart”, “Somewhere”, “A Boy Like That”). It’s an amazing story, essentially a retelling of Shakespeare’s Romeo and Juliet but with major themes of racial prejudice. A lot of the lessons in this film we can still relate to today. Not to mention, I think this musical has some of the best choreography of all time, and paved the way for a lot of future movie musicals.

Okay, don’t hate me, but I didn’t LOVE La La Land. I know, I’m sorry! I’m not trying to say it to go against the grain and be edgy with the Unpopular Opinion™, but I just didn’t love it as much as I wanted to. I LOVE Emma Stone and Ryan Gosling forever and ever, and the film did have its enjoyable moments for sure. BUT, I found myself not being fond of the plot. I had some songs stuck in my head the week after I saw it (mainly “City of Stars” and “Another Day of Sun”), but I just didn’t fall in love with it the way everyone else did. Everyone hyped it up SO much, I think I went in with too high of expectations and left feeling like I wanted more out of it.

OKAY, I’ve grown up hearing songs from Phantom for as long as I can remember. I’m a theatre girl and I did choir, so you’re bound to come across it at some point. The big loud organ in the opening will ALWAYS give me chills. But, I’m just not in love with the story! I actually watched the film for the first time with my cousin over the summer, and I was SO EXCITED and ultimately let down and kinda creeped out. Not the movie's fault it has a creepy plot. It has great music and memorable moments and characters, but it’s just not my favorite.

Okay, go ahead and roast me for my ranking. OR roast me on what musicals you think I should’ve included! I love movie musicals. There’s something in each one that I will like, so I will never say that I HATE any of them. They are fun and they can tell amazing stories though song and dance, not to mention they are usually chock-full of important life lessons that we can all learn. Alright, bring on the Cats movie, I’m ready for it.