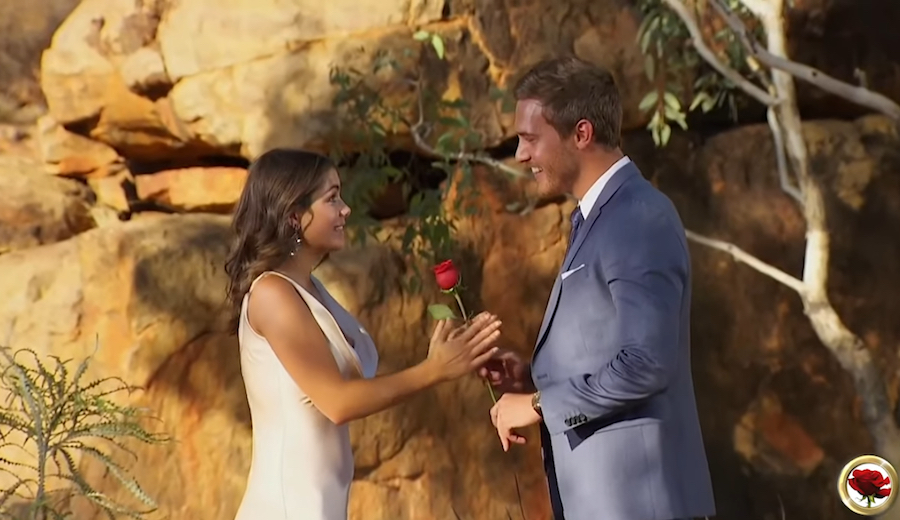 Alexa, play the "Graduation" song by Vitamin C, because we’re DONE with Pilot Pete’s season of "The Bachelor"!

What a whirlwind it’s been, huh guys?!

"The Bachelor" aired a 2-night finale (Monday and last night) and BOY, was it dramatic.

Humble brag for a sec – Hannah Ann has been my first pick since Day 1, and I’m so proud of her for making it as far as she did! She also completely stood up for herself to Peter and won over America’s hearts.

Well, let’s not waste any more time, shall we? Check out the most stand-out moments from the finale episode!

[*See The Most Emotional Moment*]

This moment goes to Hannah Ann and Peter’s break-up. Long story short – he proposes to her, which is why I tell you to go to the Most Emotional Moment, and all seems well.

A few months later (which we see in the second-half of the finale), it’s clearly a strained relationship and Peter reveals he can’t give his full heart to Hannah Ann. Because why? Yep, you guessed it – he’s still madly in love withMadison. Hannah Ann is heartbroken and says “You took away from me my first engagement.” [*cries*]

Watch the rest for yourself:

First, let me set you up with this first clip. Madison and Peter reunite after being apart and get to tell the world they’re still in love. The crowd seems to be really happy for them, except for two people in the audience – his parents (Barb andPeter Sr.)!!!

If you’ve paid any attention at all to this season, you thought Madison was Peter’s parents' favorite. Sh*t, we were WRONG.

If you saw the first-half of the finale, you saw Madison struggle to give Peter her entire heart. She was late to meeting his parents because she and Peter had a long talk outside of their house. Apparently, his parents had to wait about 3 hours before Madison and Peter walked in.

Peter’s parents candidly say how they know Madison and Peter’s relationship won’t last, and while it may be true, it was definitely cringy. I’m all about honesty, but to do it on live television felt inappropriate. I felt like we were watching in on a very personal moment between Madison, Peter, and the parents, and it was awkward!

Peter proposes to Hannah Ann and her reaction is the CUTEST. However, you can see Peter internally struggling but he proposes anyway. Hannah Ann looks STUNNING (like she always does, tbh) and I just really wish it would have worked out, ugh!

This moment goes to Hannah Ann for standing up to herself. She does such a good job at it, I’m putting two clips here to show how much of a badass she really is. The first time is during their break-up, the second time is standing up to him on the live stage. Go girl, go!

Also, can we TALK about how Hannah Ann posted this after the finale aired? CAPTION. She’s been WAITING to post this and I love her for it!

A post shared by Hannah Ann Sluss (@hannahann) on

The funniest moment goes to "The Bachelor" thinking we could even FOCUS on the fact that we have a new Bachelorette after ALL that drama!

I like Clare, btw, and think she’s going to do an amazing job, but after seeing Peter’s parents fight with their son, Hannah Ann giving it straight to Peter, and watching the engagement go down the drain… HOW we’re we supposed to focus on anything else?!

What was your favorite moment of the finale?!