The Animated Legacy of Marcia Wallace 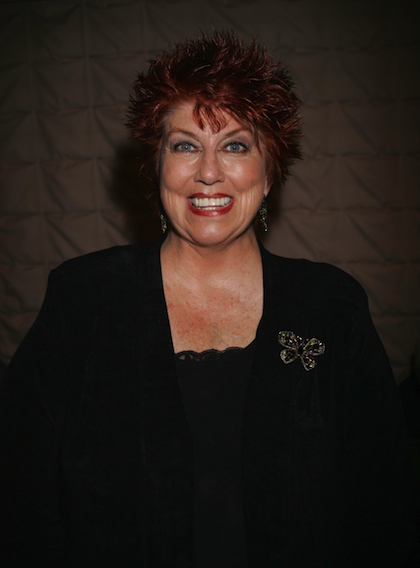 Bart Simpson’s frustrated yet patient teacher, Edna Krabappel, will no longer be forcing Bart to write lines on a chalkboard. Marcia Wallace, who voiced Mrs. Krabappel (or "Crandel", according to Homer) for over 2 decades, has passed on. The show paid a kind accolade to Wallace this past Sunday by having Bart write only one line in his famous opening chalkboard scene: “We’ll really miss you Mrs. K.” The scene aired during the latest episode, “Four Regrettings and a Funeral.”

The series further paid tribute to Wallace by re-airing a classic entitled “The Ned-liest Catch.” In the episode, Edna finds herself dating one of Springfield’s most unlikely bachelors -- Ned Flanders. As the pair’s romance blossoms, Ned is a bit surprised to learn just how many of the men in Springfield Edna has dated, from Principal Skinner to Aerosmith drummer Joey Kramer.

Over the years, Mrs. Krabappel had some of the most touching storylines, as well as some of the funniest one-liners. One of her most charming stories began in the classic, “Grade School Confidential,” when Mrs. Krabappel found love with the lonely Principal Skinner. The Season 8 episode saw the beginning of their long and windy romance. Another of Mrs. Krabappel’s sweetest storylines occurred in “Bart the Lover,” for which Wallace won an Emmy. After Edna gives Bart a month of detention, he decides to invoke his revenge by responding to her newspaper singles ad (Bart’s alter ego is named Woodrow, and he uses a picture of hockey legend Gordie Howe to send to Edna). The episode marks the beginning of many sweet moments between Bart and Mrs. Krabappel.

Throughout the series, Mrs. Krabappel easily had some of the greatest one-liners. A few of my favorite include:

“Well Seymour, thanks to your penny-pinching, we’re coming back from a field trip with the fewest children yet!” -- “The PTA Disbands”, Season 6, Episode 21. (This is the line she barks to Principal Skinner before leading the teacher’s strike.)

“She’s faking it.” -- “Bart’s Friend Falls in Love”, Season 3, Episode 23. (Mrs. Krabappel mutters this as the students watch a sex education film from the 1970s featuring some rather randy rabbits.)

“Okay, Class, today we’ll be sitting quietly with the lights off because teacher has a hangover.” -- “Take My Wife, Sleaze”, Season 11, Episode 8.

Wallace died on October 25 in Los Angeles at the age of 70. In addition to voicing Mrs. Krabappel, she also starred on “The Bob Newhart Show”.

Farewell, Marcia Wallace. We will miss you. There is no other teacher braver than Mrs. Krabappel -- after all, she had to put up with Bart Simpson for the past 24 years!