The 7 Most Mouthwatering Meals Served Up on Hulu's "The Bear"! 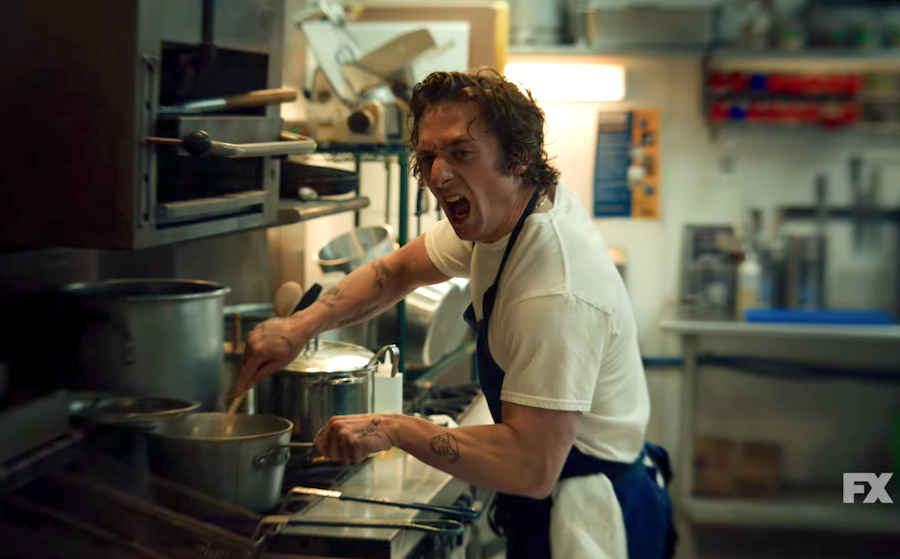 A show as tasty as it is tense. The fire, new hit TV show "The Bear" -- about a young fine dining chef (Jeremy Allen White) forced to return to his hometown to run his family's small sandwich shop -- delivers a scaldingly realistic look at what it's like to run a restaurant as well as a collection of delicious foods. Here are some of the best-looking meals cheffed up in "The Bear".

It would impossible to talk about the show without beginning with the beef. The restaurant where most of the cooking goes down in the show is called The Original Beef of Chicagoland. So, it makes perfect sense that their main specialty is, of course, beef. Cooked up primarily by our man Ebrahim (Edwin Lee Gibson), it is sloppy, reliable, and made with as few dishes as possible.

An unforgettable moment in the show involving several drugged children at a birthday party also featured some unforgettable hot dogs. A traditional, Chicago style hot-dog, of course, which have been “ran through the garden”, meaning layered in chopped onions and pickles and other garnishes. The dogs look good enough to die for -- just don’t you dare put ketchup on them.

The most tragic and likely the most delicious cuisine on this list, the doughnut is the summation of hard work and experimentation. It looks so delicious that we would even eat it off the floor.

Problematic in its own right, the tasty non-menu dish propels The Original Beef of Chicagoland into the spotlight. Whether he’s a hack or not is hard to say, but a critic’s kind words about the dish explodes the restaurant’s customer base, sending the restaurant and its staff into a frenzy. The dish created specially by Sydney (Ayo Edebiri) is not only a testament to her culinary capabilities but also a hint of the collaboration to come from her and Carmen.

A dish that was a bonding moment between Tina (Liza Colón-Zayas) and Sydney, it’s a classic that seems impossible not to succeed with. But that doesn’t mean it can’t always be improved. Tina acknowledging both the amazing taste of the improved dish and Sydney’s skills is one of the more sweet moments in this incredibly tense show.

You don’t need to be a genius to see that Sydney has game when it comes to the kitchen. She is better than The Original Beef of Chicagoland in everything and deserves to be in the best kitchens in the world. But she sees the shabby restaurant’s potential. Her cooking up a small homemade meal for Marcus (Lionel Boyce) in the season finale is just affirmation of this, and it makes for a great heartfelt moment between the two.

If you finished the show, you know just how important this meal is. Originally a subject of an argument at the beginning of the series, the mushy, under-seasoned meal that took too long to prep was axed from the menu despite being a fan favorite. Little would we know that it would be the restaurant’s saving grace all along.

"The Bear" is available to stream now on Hulu!