The 5 Most Hilarious "Mr. Show" Sketches! 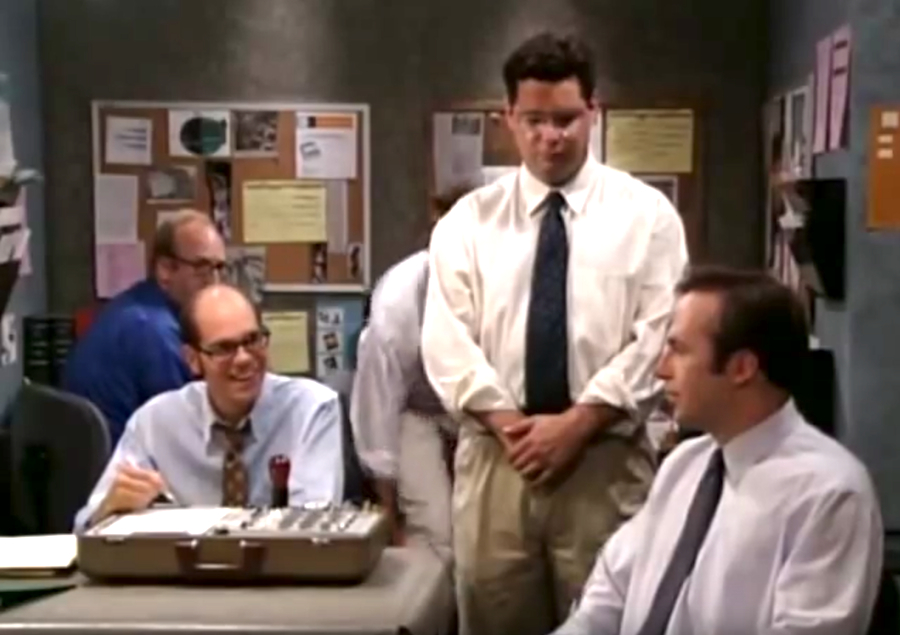 In delightful comedy news this week, Bob Odenkirk and David Cross, the masterminds behind the beloved sketch comedy series “Mr. Show”, made a glorious return to their roots, releasing four episodes of a new sketch show called “With Bob and David”, which is very much in the spirit of the old "Mr. Show" series.

When “Mr. Show” was released in the 1990s, it was deeply revered for its ingenious sketches. Today, those have held up incredibly well, and we're perfectly giddy to see more content from these comedic trailblazers. So, in honor of the release of “With Bob and David”, I decided to compile a list of the top five must-see “Mr. Show” sketches for those of you who might need a primer before your WB&D binge-watch this weekend:

This is by far my all-time favorite “Mr. Show” sketch (and it may be my favorite sketch of all time, period). The premise -- in which a young man (Jay Johnston) returns home to tell his family of his adventures while hiking Mount Everest yet never gets through the story because he continues to fall backwards into a shelf of thimbles -- shouldn’t be as hilarious as it sounds. Perhaps it’s because I’m a sucker for people falling down, but every time Johnston crashes into the shelf, it just gets better. I was actually in tears the first time I watched this sketch. I just couldn’t stop laughing. A fun fact about this sketch: every time he crashed into the shelves, they had to set the whole thing back up again so he could fall into it once more, which makes me think that some of the actors' annoyance is genuine:

I adore the absurdity of this sketch, and how it escalates so quickly. The idea of a pre-taped call-in show (in which the show airs but viewers were supposed to call in on the topic a week before) is completely bonkers. Yet David Cross’s exasperation with the callers and the fact that this happens nearly every week makes the sketch that much better:

I love the “who’s on first” setup of this sketch: David Cross walks in to audition for a play, only to use an actual audition, as his audition. The casting directors' confusion over his piece continues to escalate as they consistently assume that he is actually asking questions about the audition, when he’s really just performing his own audition. It’s a sketch that’s so silly in theory it really shouldn’t work as well as it actually does:

The premise for this sketch is relatively simple -- a man is strapped to a lie detector test and never lies. No matter what he’s asked, including “Have you ever killed  man with your mind?” to which he politely responds “Yes,” it turns out that he’s never lying. It’s like a very twisted game of "Never Have I Ever" (we all have that one friend):

This may be the darkest sketch on this list. Essentially, it begs the question of just how far a major grocery store chain will go to take down a small mom-and-pop shop with hilarious results. Among the major conglomerate’s promises include “no rats here!” and “there are no homeless people who defecate in our aisles”: