The 5 Crain Siblings From Netflix's "The Haunting of Hill House", Ranked! 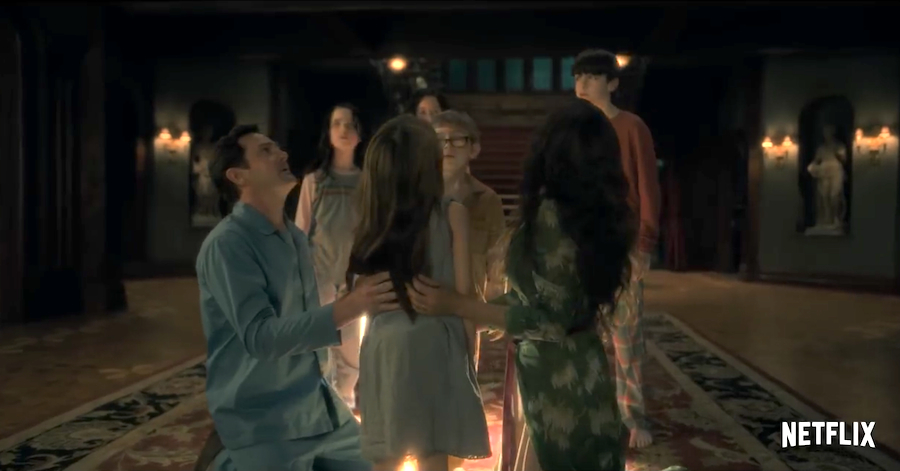 Viewers can’t get enough of "The Haunting of Hill House", Netflix’s newest scary story. In this 10-episode series, the Crain family (consisting of 2 parents and their 5 kids) moves into an old house with the goal of fixing it up and selling it, but they quickly realize that the house has a will of its own. "The Haunting of Hill House" is based on a classic1959 novel of the same name written by Shirley Jackson (although the title and the names of some of the characters appear to be the only similarities between the source material and the series). Two movies have been adapted from this book, a 1963 version and another in 1999, both called The Haunting.

The movies didn’t have the time that the newest version of the story has to develop the characters’ lives and follow such a long arc. The benefit of having 10 episodes is that each character’s life during and post-Hill House gets a full examination. We really come to understand and root for these poor haunted souls. And so, here’s a breakdown of all 5 siblings, with very few spoilers!

Twins Luke (Julian Hilliard & Oliver Jackson-Cohen) and Nell (Violet McGraw & Victoria Pedretti) are tied for the best, because they have a beautiful connection and they are only trying to live their lives and cope with their trauma. Their bond makes it so that their pain is exacerbated, each one feeling their own pain and their twins’. That’s what makes their suffering even sadder -- that they know what the other one is going through, and yet they don't know how to help. Pure hearts and good intentions, we stan.

Next is Theo (Mckenna Grace & Kate Siegel), whose charisma as a kid transfers into her adulthood. She’s the cool one, the kid we all like to think we were, but probably weren’t. She takes care of her siblings while seeming to really know herself and have confidence in herself. She uses her powers for good, and for that reason she feels comforting to us. She tries to be there for her siblings and her patients, while neglecting herself, and as onlookers we are definitely on her side.

Shirley (Lulu Wilson & Elizabeth Reaser) is somewhere in the middle. I’m not married with kids, I’m not into funeral homes or dead bodies or even makeup. So like, good for her for channeling her sad history into something productive, but we can’t relate. It’s nice that she has always had a caring, big sister role, even toward sick kittens when she was a kid. Shirley becomes more likable as the show goes on, as we see how hurt she is and her big sister bossiness breaks down. By the way, that kid is played by the talented Lulu Wilson, who talked to Young Hollywood about her love for all things scary!

I feel like I‘m the only one who kinda likes Steve (Paxton Singleton & Michiel Huisman). The more I watch, the less I like him, but I still feel bad for him and relate to him. He’s dealing with his trauma in his own way, by trying to rationalize it. I don’t necessarily think that’s a bad thing. He’s always had to be the responsible one, and it's carried over into his adulthood. He’s not allowed to be weak, and you can see that self-imposed strength is wearing him down. No one’s strong forever.

Definitely check out this show if you haven’t, but be warned: there’s an unease that stays with you as you watch “Hill House”. It’s not just that ghosts are around every corner; it’s that you don’t want to see these people’s lives fall apart. But that’s exactly what we’re forced to watch, as loss and memory and trauma undoes this once tight-knit family and leaves every member worse for wear.

You will be haunted by this story. You will close your eyes and pray nothing shows up at the foot of your bed. You will probably stay in bed instead of going to the bathroom if you happen to wake up in the darkest hours of the night. But mostly, you will be hit with the haunting reminder that all of the people around you are vulnerable, and that your own soul is as fragile and delicately balanced as an old chandelier.