Warner Bros. Studios Gets Into The Halloween Game With 'Horror Made Here' Tour & Attractions! 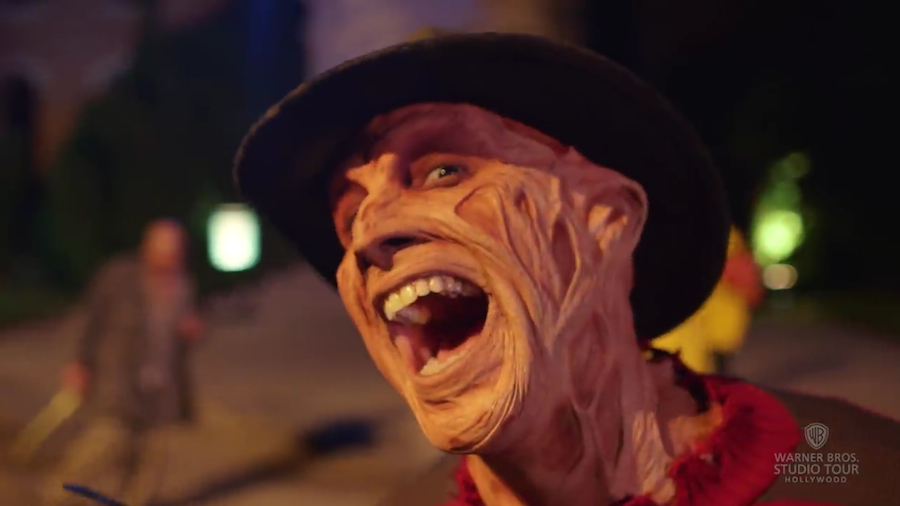 While Universal Studios has their Horror Nights as well as theme park dominion over Warner Bros.'s most profitable franchise, Harry Potter, don’t expect the big WB to lay over this Halloween when they have so much to offer with the The Conjuring franchise and It (which I still think, with WB’s upcoming Doctor Sleep, will tie into a Stephen King franchise). Naturally, this year Warner Bros. Studios in Los Angeles is hosting a 13-night event for their Horror Made Here studio tour event that will feature more than just tours but also spooky mazes.

This year, you will be able to go through terrifying mazes based on It and a second one that appears to be all about The Conjuring franchise, but if that doesn’t quite catch your fancy, then Batman fans (even today who doesn’t love Batman?) can try to escape a night of horrors in the brand new Batman: Arkham Asylum, which may also be the first and only maze ever made that is based on a video game. No matter what you terror you choose, it seems Warner Bros. is happy to deliver. Heck, if you can get in, why not go on all three?

Outside of that, you can take a tour through Freddy vs. Jason’s Camp Crystal Lake. Anybody who grew up loving a mix of good and bad horror movies like me is going to want to take advantage of this one, as a tour cart drops you off in the middle of the woods where both Freddy Krueger and Jason Voorhees will be looking to give you a scare… or even more?! (Legally they cannot touch you on purpose, so yeah, just scares.)

Other attractions will include props and costumes from other horror movies such as the Tim Burton films The Corpse Bride, Sweeney Todd, Mars Attacks!, and, my personal favorite out of this group, Beetlejuice! There will also be tours of other filming locations for different Warner Bros. horror films of the past, but I feel like I’m forgetting something here...

Oh yeah! There will be special screenings of the classic horror staple that still freaks out audiences to this day, The Exorcist. What makes these screenings special, however, is that Warner Bros. is looking to transform this into a 4D experience and showing the film in the backlot church to make an already spooky movie much more terrifying!

The first weekend of the event has passed but you still have an opportunity to check out Horror Made Here starting this Thursday (October 25) through Sunday (October 28). Get your tickets now!