The 5 Best TV Episodes of the Year! 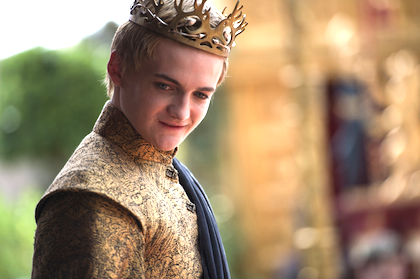 It’s remarkable to think that we’ve already reached the end of 2014! This has been quite a year in terms of entertainment, particularly in television. 2014 set the bar for new and returning television shows, ranging from traditional network shows to unconventional and fresh shows on streaming services like Netflix and Amazon, and social media was abuzz seemingly on a nightly basis with fans expressing their shock/disbelief/delight in something that they had witnessed on the small screen that evening. Here are my picks for the Top 5 best and most re-watchable television episodes of 2014!

“Modern Family” feels a bit like a dysfunctional relationship to me -- when it’s good, it’s the best feeling in the world; but when it’s bad, it just makes me feel disappointed. Thankfully, the episode “Las Vegas” fell into the former category and was easily the best episode of Season 5. This absurd farce followed the adults of “Modern Family” as they went on holiday in Las Vegas. The episode’s best moments included: Stephen Merchant as a "bath butler", one of the strangest characters to be featured on the show; the Kilty Pleasures, a Scottish male dance revue; and Sofia Vergara in a French maid costume ('nuff said). My favorite running gag was when Jay (Ed O’Neill) kept realizing that there were even more elegant floors than the one he was staying on, and cried “Son of a bitch!” every time he found out. “Las Vegas” proved that “Modern Family” is still tops at delivering the laughs.

“Review”, which is based on an Australian comedy of the same name, is easily one of the reasons why Comedy Central has reclaimed its throne as the the go-to network for original comedic content. Every week on “Review”, Forrest MacNeil (Andy Daly) reviews life experiences ranging from trying cocaine to participating in an orgy. In this particular episode, Forrest reviews eating 15 pancakes in a row (which he throws up shortly after), getting a divorce, and then eating 30 pancakes in a row again (which he, once again, throws up). There is something so dark about Forrest’s excitement over the challenge of eating 15 pancakes followed by his dismay over having to divorce his wife. Where it becomes truly sadistic and hilarious is when Forrest goes back to eat 30 more pancakes. It's weirdly fascinating watching Forrest ruin his life all in the name of his "art". I feel that I shouldn’t laugh at it, yet it’s like watching a real-life trainwreck. It’s not a surprise that “Review” was originally Australian -- it’s filled with a type of black humor that is not typically American.

“Game of Thrones” really outdid itself this season. Between all of the spectacular deaths and palace intrigue, there was never a dull moment. But the second episode -- in which one of the show’s most despicable characters finally gets his comeuppance -- was one of the greatest moments in television history. I actually cheered when this particular character died, and I’m certain that I wasn’t the only one -- if you're a fan of the show as well, then you know to whom I am referring. “The Lion and the Rose” showed us how to send out a character in style.

There isn’t a single episode of “Nathan for You” that could be considered even remotely normal, but “Dumb Starbucks” ventures into utterly insane territory. The episode is a brilliant satire, not so much on corporate greed, but on the art world. One of the best scenes in the episode features Nathan Fielder creating parody art for a faux art show, in which one patron assumes that his piece Tank of America is an attack on corporate greed, when Nathan created it to just make money. I also particularly like the sheer amount of people in the episode who believe that Dumb Starbucks is a Banksy creation. (For more about this stunt, check out my Q&A with Nathan himself!)

Season 2 of “Orange is the New Black” proved that the show is more than just a quirky drama about prison. Here we delved into the psyche and tragic backstories of these women, one of the most tragic of which was the story behind Litchfield's perpetual bride, Lorna Morello (Yael Stone). Her background was not at all what one would expect, considering the fact that she comes off as generally a sweet maternal figure to the other inmates. This particular episode proved that criminals can come in all shapes and sizes, and reminded us that these women, as fun as they are, are criminals and that most of them need some serious psychological help.

What were some of YOUR favorite TV episodes in 2014?