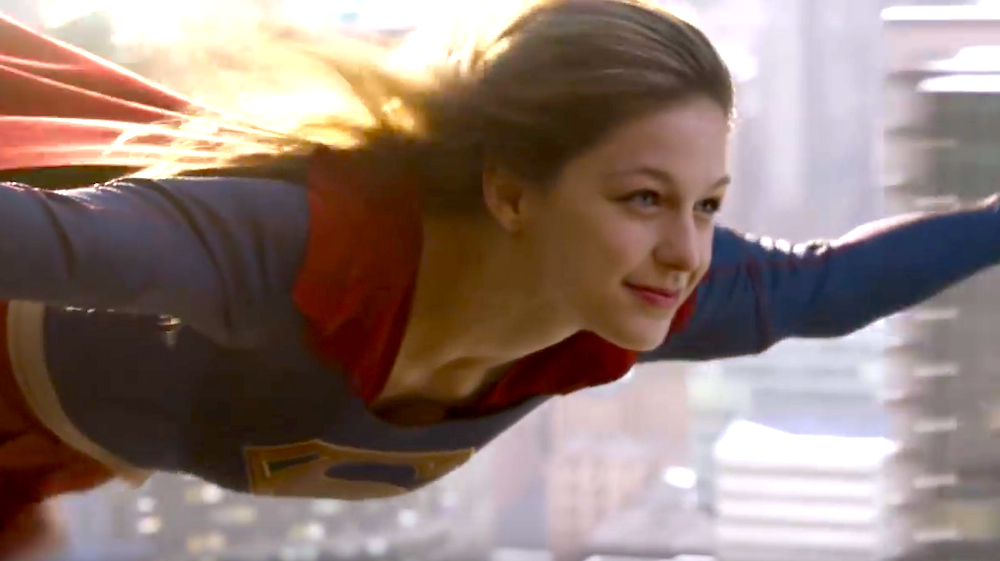 The premiere of CBS's highly-anticipated "Supergirl" series this week turned out to be everything we hoped it would be! Melissa Benoist was absolutely incredible and did her character justice! The show really started to soar when she came on screen.

This DC Comic has breathed new life into a genre that has, let's face it, gotten kind of gloomy in the last few years. It's nice to see smiling superheroes again! Here are the top 3 super moments from the premiere!

Cue Kara’s #GIRLBOSS slow motion walk! She is cousins with the notorious Kal-El, AKA Clark Kent, AKA Superman, but she still stands (or flies) on her own. She is strong and smart, while also being charming and charismatic. It didn’t matter that she was a girl fighting crime; it’s all that we hoped for. Nice to see Supergirl doing what she was meant to do -- protect the city.

A photo posted by Melissa Benoist (@melissabenoist) on

I currently love the friendship between Kara and Winn Schott (Jeremy Jordan). Winn works alongside Kara at CatCo Worldwide Media, and their chemistry is phenomenal and quite delightful. They bring out the best in each other, and it appears the Winn definitely has a crush on the new-found superhero. On the other hand, Kara appears to have eyes for the James Olsen (Mehcad Brooks). This could get interesting! However, I love that the show focuses on her as an individual, rather than on a romantic relationship.

Both literally and figuratively. She works hard as an assistant for her boss, Cat Grant (Calista Flockhart), who doesn’t appear to care much about her. Kara makes difficult situations look easy, which is no small task in itself. Not just because she is a superhero, but for her communication skills and how she handles herself. We do see her trials and tribulations, but she will learn from them and no doubt apply them to her crime-fighting. A great message!

It looks like BIG things are ahead for "Supergirl". The series just started and we predict it will quickly become one of your favorites. Make sure to check out "Supergirl” Monday nights at 8:00pm on CBS!

In the meantime, throwback to when a brunette Melissa Benoist dropped by the Studio just as she was first blowing up on "Glee"!

Are you dressing as Supergirl this year for Halloween? Tweet us your pics!