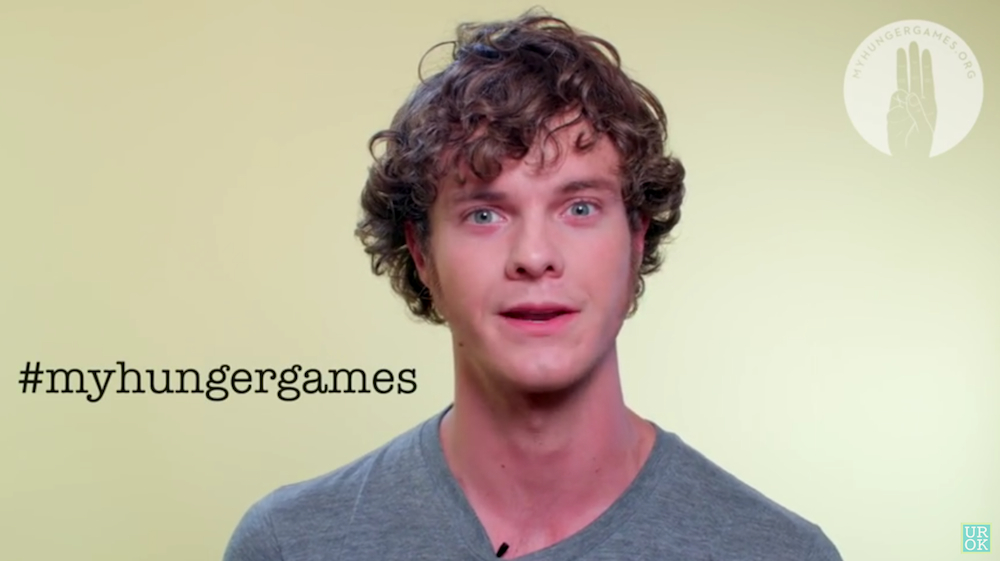 The Hunger Games films, which are most known for their action-heavy scenes, are actually quite political. The series takes a cruel hard look at our desensitization to violence and our obsession with reality television. In addition, over the course of the series, many of the characters deal with mental illness -- Katniss experiences PTSD, Haymitch struggles with addiction, Annie suffers from what may be schizophrenia, and Peeta becomes disassociated with reality. Sadly, in Panem, none of these characters have the funds nor the resources to receive the help they need. Disturbingly, this isn’t just limited to the characters of a fictional universe -- it’s true for our own society, as many go without the mental health resources they need due to income inequality.

Project UROK has teamed up with the Harry Potter Alliance and The Hunger Games actor Jack Quaid (Marvel) to launch the #MyHungerGames campaign to help raise awareness about the impact of income inequality with regards to mental health. Quaid is encouraging others to share their stories using the hashtag #MyHungerGames to get the word out about this critical issue. The campaign first began in 2014, as users on social media began to discuss the film version of Mockingjay and the real-life impact of economic inequality. Since then, the #MyHungerGames blog has served as a place for us to come together to discuss stories, call for action, and educate others on how this social inequality is impacting our society.

For more information, take a look at Jack’s PSA:

Join the conversation by using #MyHungerGames!

Also, check out our chat with Jack Quaid (who is the son of actors Dennis Quaid and Meg Ryan) and his Hunger Games co-stars at Comic-Con: