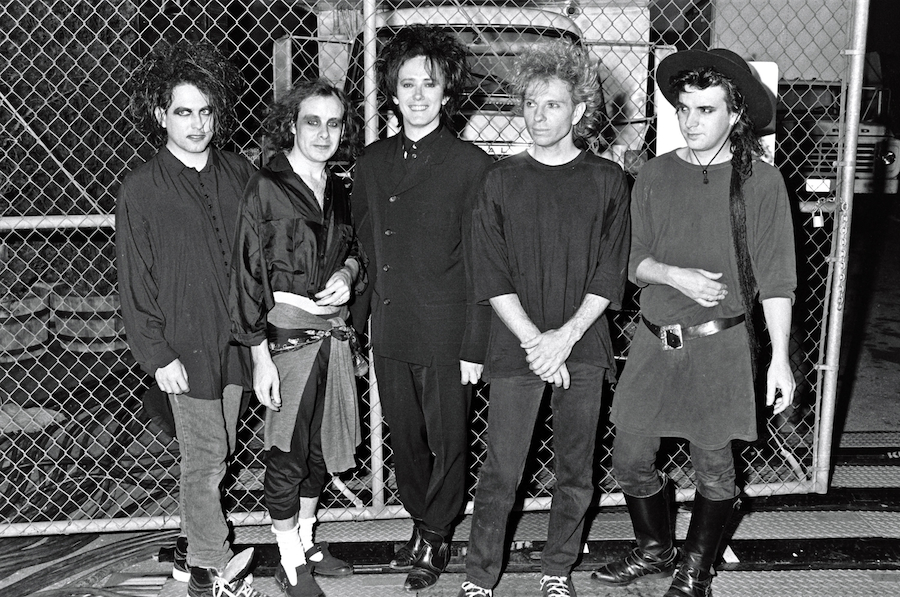 Okay, so, it’s actually Sunday, the day which “always comes too late”… At least according to Robert Smith and The Cure.

If you were mopey emo goth back in the 1980s, it didn’t get any better than The Cure. Frontman Smith, with his stringy black hair flopping carelessly over guyliner-smeared eyes and haphazardly painted red lips, was the angsty voice of a generation of outcast kids. These days, evoking the name of either him or his band is code for the stereotypical droopy teen whose parents just don’t get him, man. But their real legacy lay in the band’s shaping the goth-rock genre as we know it today.

Smith, who has been the only consistent member of the band since its formation in the mid-‘70s, has frequently tried to distance himself from this reputation of being the King of Gloom, but alas, even his happier songs drip with melancholy, including the aforementioned “Friday I’m In Love”. Seriously, only Robert Smith can make being blissfully in love sound utterly painful.

But hey, that’s why we love him. So, let’s all embrace our inner emo kid (he/she could use a hug anyway, amirite?) and check out these classic Cure tunes and vids… featuring the fascinating evolution of Smith’s signature look!