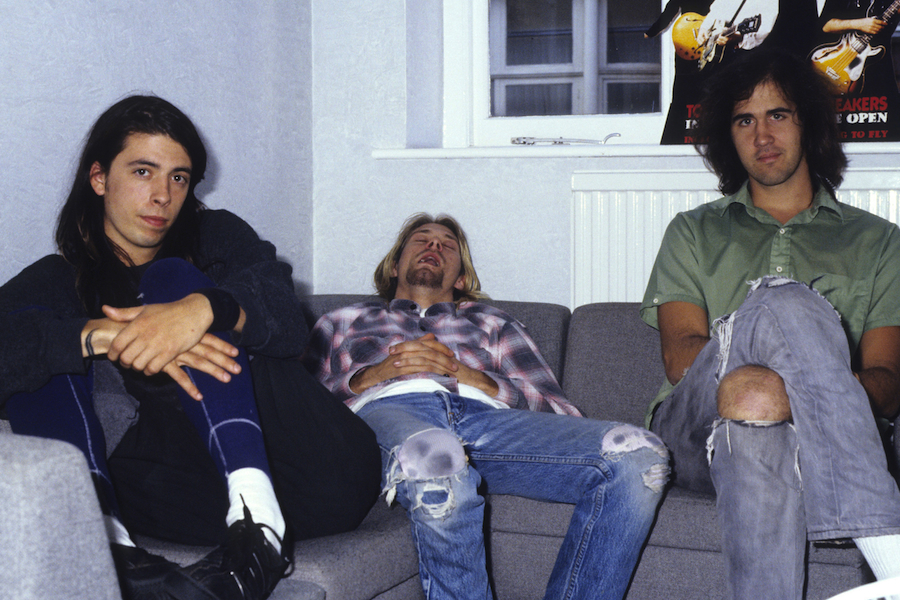 We already know the story: Boy starts band, band becomes famous, Boy changes the face of music, Boy can’t deal with the pressures of fame, Boy offs himself and becomes a patron saint for tortured artists everywhere. Somewhere in this tragic story was some truly kick-ass music. Even middle school-age me, who preferred more laidback pop fare like Roxette and Celine Dion, was rocking out to “Smells Like Teen Spirit” whenever it came on the radio.

Indeed, Nirvana bridged gaps across any and all genre preferences. They were uniters! Even if they weren’t allowed to perform “Rape Me” on national television (but did anyway – yay, anarchy!), those of us with functioning brains realized that the song was a metaphor and went deeper than the sexual connotation. Thoughts can be controversial, and we all have ‘em – Kurt Cobain just had the balls enough to put them to music and say sing them out loud.
One has to wonder about the state of music in 2016 had Kurt decided to stick around; he was still in his prime when he died, after all. What other ways would he and bandmates Krist Novoselic and Dave Grohl have found to further revolutionize the industry? Would Foo Fighters even exist? Would Courtney Love have had far fewer court dates? The world will never know.
Fortunately, Kurt & Co. left us with some pretty memorable music videos. Check out the three most memorable below:
“Smells Like Teen Spirit” (1991) – The jam that put them on the map. Once “Weird” Al Yankovicparodied it, they knew they had officially made it.
“In Bloom” (1992) – The boys go old school, donning a '50s-era Buddy Holly look and appearing (uncomfortably) on an “Ed Sullivan”-like variety show.
“Heart-Shaped Box” (1993) – My personal fave. No clue what’s going on, but you can’t take your eyes off of it!
*HONORABLE MENTION: “Sliver” (1990) – This is pre-fame Nirvana, when they were still finding their footing and jamming in their garage. The video has a very simple yet compelling aesthetic. And is it just me, or is Kurt putting out a kind of young Charles Manson vibe here? Hmmm…
(Image via Rudi Keuntje/Future Image/WENN)
- Katie Marzullo, YH Staff Editor
[email protected]