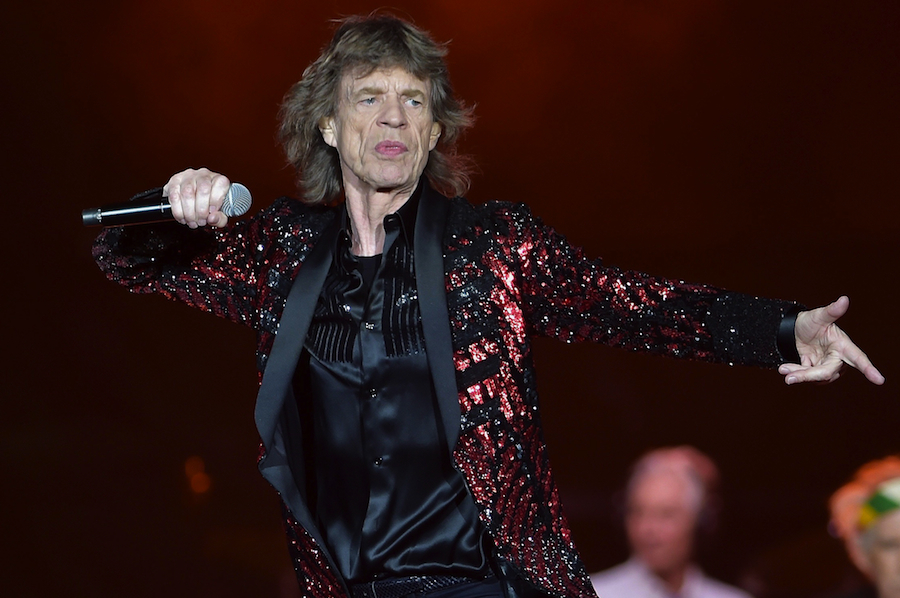 Adam Levine and Christina Aguilerawanna move like him. The British Monarchy Knighted him. Kesha won’t even talk to you unless you look like him!
I’m referring, of course, to the legendary and ageless wonder that is the Rolling Stonesfrontman, Mick Jagger. I don’t think there’s ever been a single performing artist who has maintained such consistent longevity as Sir Mick. I emphasize the word “consistent” because there are plenty of musicians who have been around for just as long if not longer; but how many of them are able to sustain the same energy and creative output as when they first started out?
Thus is the case for Jagger, who, at 74, can still rock a stage just as well as those half – nay, a quarter his age! It’s pretty remarkable considering not only his age but of the wear and tear the rock and roll lifestyle can inflict on even the heartiest of fellows. But Jagger looks Father Time square in the face and gives him one of his signature finger points.
Oh yeah, can’t forget the moves – finger pointing, the “rooster”, etc. Those are as notorious as the man himself. No wonder everyone is still singing about him!
So, this week, I am presenting to you three of my favorite Jagger videos (with or without his Stones mates).
The first, “Start Me Up,” is probably the best example there is of the signature Jagger moves. Seriously, that’s pretty much all it is. Of course, it’s a pretty rocking song too. Can’t swing a dead cat at a hockey game without hearing it between plays!
The second vid is Mick’s notorious duet with another legend, David Bowie, from 1985, “Dancing in the Street.” I remember watching this as a kid and being completely fascinated by the fact that they looked like they were going to make out at any moment. And no one would have had anything to say about it. Rock ‘n’ Roll, baby!
The final video is just one of my favorite music videos, period. I just LOVE the look of it. It’s a sexy little jam called “Love Is Strong” off the Stones’ 1994 album Voodoo Lounge. It was directed by David Fincher, so right there is a clue. It’s Giant Mick wandering around a cityscape with Giant Pretty People! I’d take cover, but it’s way too damn cool!!!
Enjoy!