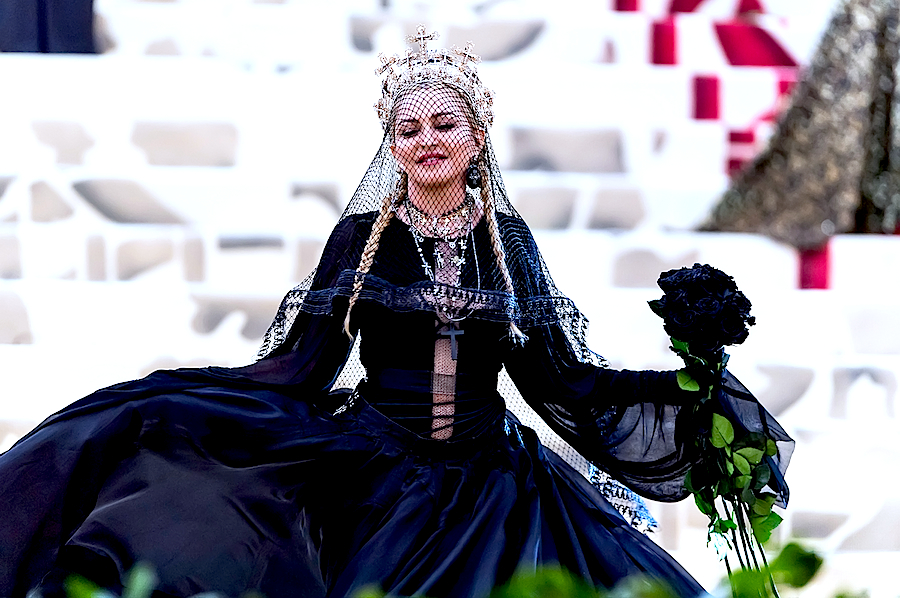 This past week, Her Madgesty, the one and only Madonna, celebrated yet another milestone in her incredible story -- turning 60!

Girlfriend has been lighting up the airwaves for over half her existence now, and she's showing no signs of slowing down. She has the ultimate gift for staying relevant, and for that alone she is a legend in her own time. And she has managed to do it without scandal or compromising herself. No rehab stints or sloppy paparazzi photos for this dame! Say whatever you want about her sexual frankness -- she has always presented herself with class and authenticity.

But what about the MUSIC? So much hype is given to her image that I sometimes feel her talent for making music sort of gets lost in the shuffle. So, this week I am going to pay homage to what Madonna does best -- make great music and unforgettable videos. These are FIVE of my personal faves. IMHO, Madonna didn't really hit her music video stride until Like a Prayer (1989), and once she released "Vogue" in 1990, the gauntlet had been thrown. By the time Erotica came out in 1992, her music videos had become light years more sophisticated and intriguing. So, here we go!

"Oh Father" (1989) - Probably Madonna's most personal song and video, detailing her tumultuous childhood after her mother died and having to live with a, shall we say, difficult father. With the help of director, David Fincher, this is her coming to terms with her own rocky past. Powerful stuff; I cry every time I watch it.

"Rain" (1993) - The video compliments the atmospheric sound of the song quite nicely. A video-within-a-video, even the shots of technicians pushing buttons are gorgeous!

"Human Nature" (1995) - Madonna displays her humorous side, even while swathed in latex and whips! A great song expressing Madge's right to speak her mind, and an equally cool vid of her showing us all who's boss! Gaga who??

"Frozen" (1998) - This is probably my favorite video of hers. Extremely moody and visual, it delivers what it advertises -- every time I watch this video, I feel like I need a winter coat. Brrrrrrr! Every frame of this video is a work of art. And how creepy is that doberman?

"The Power of Goodbye" (1998) - Great song! Many images in this video were taken from an old 1946 Joan Crawford film called Humoresque. I especially have a soft spot for this one because, in it, Madonna is the spitting image of myself from around the same time this video was released. No joke! It was like looking in a mirror! A very very SEXY mirror....

"Bad Girl" (1993) - Some more moody self-reflection from the Material Girl plays out like an old film noir, as Madonna comes to grips with some very self-destructive behavior.... with a little "help" from Christopher Walken.
(Image via Gilbert Carrasquillo/Getty Images)