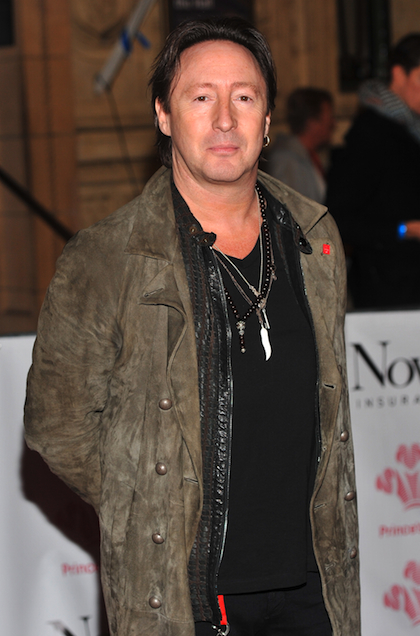 Recently, we were saddened by the news of the passing of Cynthia Lennon, the first wife of legendary Beatle John Lennon, but I think it's safe to say that no one was hit harder by the news than her son, Julian Lennon.

It's never been easy for Julian. Hell, the public didn’t even know he existed for years, since he was born during the height of Beatlemania and, in an effort to keep the Fab Four “desirable” in their female fans’ eyes, neither Julian nor Cynthia were ever mentioned publically. And once John eventually got remarried to Yoko Onoand had another son, Sean, in the 1970s, poor Julian became more or less an afterthought. Lucky for him, though, that his father left him with a couple souvenirs – a striking resemblance and a knack for singing/songwriting himself.

I guess it should be no surprise that the same little boy who inspired classic Beatles hits like “Hey Jude” and “Lucy In The Sky With Diamonds” would one day grow up to be a pretty respectable musician himself. In 1984, only 4 years following his father’s tragic death, a new Lennon burst on the scene when Julian dropped his debut album,Valotte. The first two singles off the record, “Valotte” and “Too Late For Goodbyes”, both breached the Top 10 in the U.S. While it’s true that he never quite matched that success in subsequent years, he certainly was able to make a name for himself outside of his father. The similarities are definitely there, and surely part of his success probably came from the novelty of being a dearly departed Beatle’s offspring, but let’s be objective – those are actually two really great songs.

Check out Julian’s two ‘80s hits below, followed by a newer jam, “Someday”, which features none other than Steven Tyler and some samples from the Beatles song “Baby You’re a Rich Man”. The message is clear, that of universal oneness – “we’re all in it together”, as he sings. Hmm, sound familiar? I think John would approve..