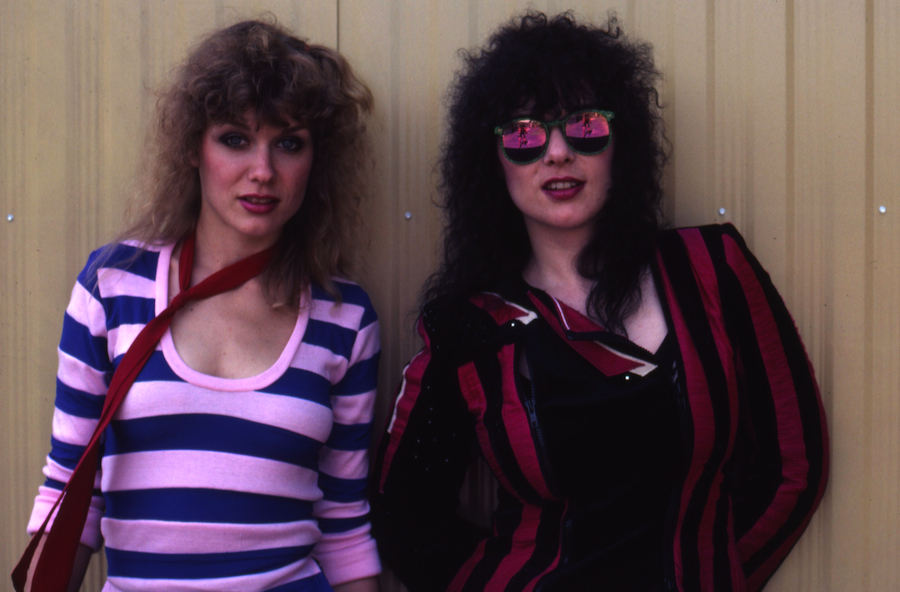 Every time I hear Heart come on the radio, the little ‘80s baby in me do a mental cartwheel... followed immediately by crushing depression as I realize that they're being played on the "oldies" station.

No matter, though. The thought of the hairspray bills alone during this band's heyday boggles the mind; no doubt they contributed heavily to global warming. But most importantly, the Wilson Sisters were responsible for some of the heaviest and hottest jams of the Day Glo Era, with a resume that include 16 studio albums (7 of which went Platinum), 9 Top Ten singles, and a music video catalogue that stretches back to the late-1970s. Which is hard enough for any musician to accomplish -- the fact that these were women doing it made it all the more special.

What I love about Heart is that they don’t sing about your average run-of-the-mill things like heartbreak and wanting someone’s bod. Their songs actually have a STORY. A prime example is their hit "All I Wanna Do Is Make Love To You", which is far more complex than the title would suggest -- how many mainstream pop/rock songs can you name that come with a twist ending??

My favorite song of there's, though (and perhaps the least-remembered), is “There’s the Girl”, the music video for which featured a ubiquitous '80s staple: the slow-motion head twirl! Bonus points for the Egyptian imagery...

And finally, another enigmatic little gem from Anne & Nancy, “These Dreams” (which looks like it was filmed on the same set as "There's The Girl"). I was so hoping that this song would start playing at some point during the movie Inception…